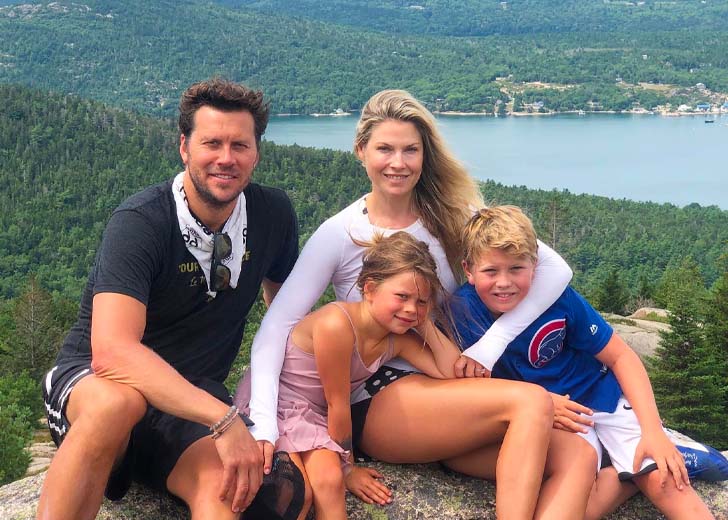 Ali Larter proposed to her husband within three weeks of dating.

Ali Larter has been in love with her husband since they met in 2005. She claimed she wanted to marry him after only three weeks of dating, and the adorable couple eventually married in 2009.

Larter is renowned for her role in the horror movie Final Destination. She’s earned global fame through her performance in numerous films and TV shows like Varsity Blues, Haunted House on Hill, Pitch, The Rookies, and many more.

The fabulous actress now has a family with her husband, Hayes MacArthur, but fans are curious about her encounter with him. She’d always dreamed of a loving husband and settling down with him, and then she found her soulmate, MacArthur.

Larter met her husband on the set of National Lampoon’s Comedy back in 2005. The love birds claim that they immediately felt a connection and started dating shortly.

For Larter, he was the perfect husband she’d been looking for, so she suggested they get married within the first three weeks of dating. Nevertheless, they dated for about four years before getting married in 2009.

Ali Larter and MacArthur at their wedding (Source: Instagram)

They got engaged in December 2007 and eventually got married. Sources said that they were “thrilled” and got married soon. They got hitched at MaMacArthur’saparents’state in Kennebunkport, Maine, around family and loved ones.

According to Us Weekly, the wedding was a closed ceremony, and the guests arrived on trolleys. They said that actress Amy Smart also attended the ceremony.

The couple announced their first pregnancy in July 2010, a year after the wedding. In December, they welcomed their first son, baby Theodore. Just months before the pregnancy, the couple had bought a three-story home in the Hollywood Hills at $2.9 million.

Five years later, they became a family of four as they welcomed a baby girl in January 2015. They gave her a beautiful name, Vivienne. People reported being “filled to the brim” “after her birth, and having two kids in the family completed them.

Now, the family of four lives happily at their house in the Hollywood Hills, Los Angeles, California. Larter often posts pictures of her family and children.

The MacArthurs spend the 4th of July out of state

On 4th July 2022, Larter made an Instagram post with a family picture with a lengthy caption. She was saddened to be out of state on occasion but glad to spend time with the family.

Moreover, she expresses her grief regarding AmAmerica’solitical state. According to the post, her father and grandfather served the country, but she couldn’t feel safe for herself or her daughter.

She expresses that wherever she might be, her beliefs will stay intact no matter what. The actress enjoys the family vacation and, at the same time, is at a loss for words for not having the rights she and other women deserve.