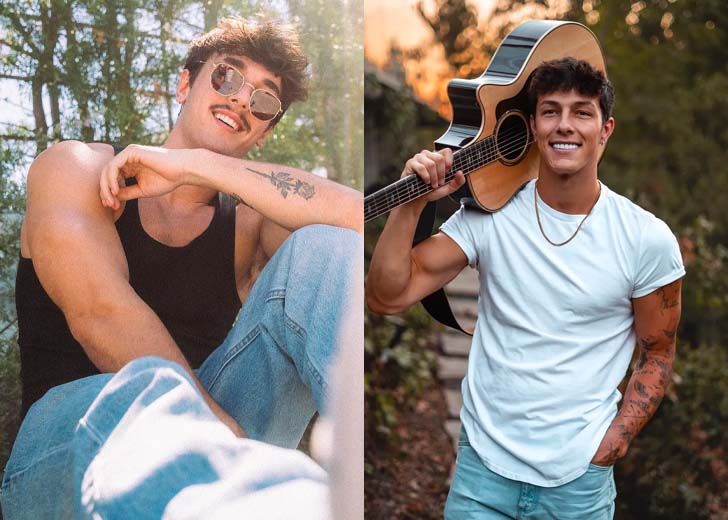 Bryce Hall has once again struck at his former best friend Tayler Holder by calling him a terrible human being.

In the third minute of the nearly 50 minutes long conversation, Hall mentioned that he realized that he doesn’t need to do drama. O’Malley replied, “you’re still a little involved,” to which LaPaglia said, “No. Actually I feel like you haven’t been that involved.”

The topic of Holder then began after Hall said, “I talk s–t about Tayler Holder, but that’s like [expletive] like [expletive] that guy.” As the conversation went on, LaPaglia asked Hall if he got a cease and desist letter from Holder, to which Hall said yes.

“Just along with like everyone in our life?,” LaPaglia added, with Hall replying, “yeah everyone in LA. I think our energy drink company got one too. Yeah, Annie got one.”

After that, LaPaglia described her experience meeting Holder and said, “But from the beginning, when I met him in Miami, he was like talking about how he’s a godly man. He doesn’t drink, he doesn’t smoke.” “Those are always like the guys that are [expletive],” Hall added.

LaPaglia continued, “I know that he’s like at parties getting [expletive] up and like see him doing s–t. It’s just like weird vibes from the beginning. I don’t know, I’ve never [expletive] with him, so I really hope you do fight him.”

O’Malley joined the conversation by adding, “And it almost seems like he has nothing to lose. So, why not just do it? You know what I mean?”

Hall then said, “It’s like if they weren’t, if nothing that is out there isn’t true, then it should be an easy like, yo it never happened. Instead, he’s going like beating around the bush and then promoting his music.”

When he said that, LaPaglia asked Hall if he saw Holder’s appearance on the BFFs Podcast – where LaPaglia is a co-host – where Holder was presumed to respond to the sexual allegations against him. “A whole lot of nothing,” Hall replied.

LaPaglia mocked what Holder said on the podcast: “And then he just said, yeah well, I’m really proud of this new song I put out, so like stream it.” “Humans make mistakes, so just stream my song,” Hall also mocked Holder.

After the mocking ended, Hall continued trash talking about Holder. He said, “So, that’s like the only person that I will like go to the grave and just still publicly s–t on him because he is a terrible human being.”

“Yeah, he is a [expletive] human being that perceives, like to everyone on the internet, that he’s this godly like, oh I praise Jesus, and I’m such a good human. In reality, [he is] one of the most disgusting [expletive] scumbags I’ve ever met. I mean, it’s just like that’s just true.”

“Yeah, I mean, I’ve heard from multiple people that he’s the worst,” LaPaglia added, after which the conversation about Holder ended. The three began talking about other things, including Hall’s upcoming debut movie Skill House.

Before making these comments about Holder, Hall had publicly challenged Holder to a boxing match on July 19, 2022. Hall made the challenge through his Twitter handle. However, Holder hasn’t responded to the challenge.

Furthermore, all these trash talks against Holder have been coming since he was accused of sexual harassment. After the allegations surfaced, thousands of people unfollowed him on Instagram, including his friends.

Later on, it was revealed that Holder had sent cease and desist letters to everyone in his friend circle and other people so that no one could speak up on that matter. As of this writing, there have been no revelations about those sexual harassment allegations.