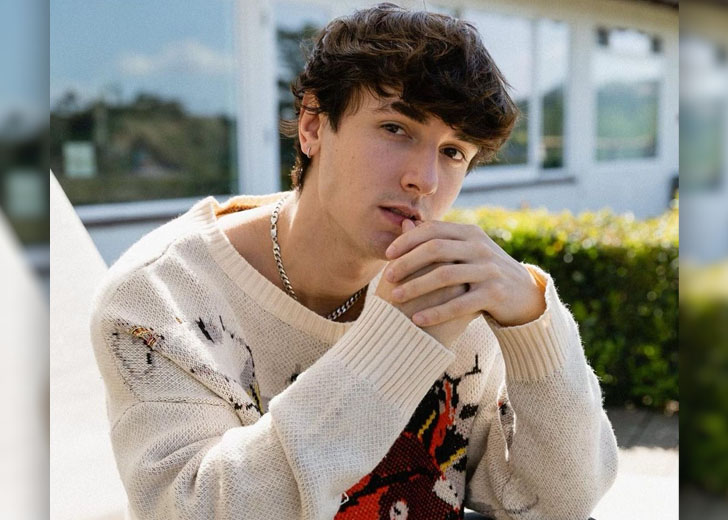 ‘Skill House’ is a dark satire of social media and influencer culture.

The TikTok star is set to become a movie star when he makes his acting debut in a horror movie titled Skill House. It will be filmed inside the Sway House mansion in Bel-Air.

On Wednesday, April 13, 2022, Deadline exclusively reported that American film financier Ryan Kavanaugh is set to produce Skill House – his original idea – and the principle production will start in June 2022, with an early 2023 release date.

Similarly, the film is financed and controlled by Proxima Studios. Josh Stolberg is set to direct the movie — he has co-written several horror-genre movies such as Spiral: From the Book of Saw, Piranha 3D, Sorority Row, and Jigsaw.

In the same report by Deadline, it was revealed that Bryce Hall is set to play the lead role. Hall is a renowned internet personality with over 7.4 million, 1.4 million, and 21.3 million followers on his Instagram, Twitter, and TikTok handles, respectively.

Skill House has been described as a TikTok-inspired movie that takes a dig at social media influencers and a purposeful take on online fame and “what new celebrities are willing to do to attain it.” The film will also penetrate the landscape of young influencers willing to do anything for a “click.”

Regarding the movie, director Stolberg first told Deadline that he has worked with several biggest stars in Hollywood, such as Chris Rock, Samuel L. Jackson, and Dwayne Johnson, but his children are more excited about this movie than his previous projects.

“Working with Bryce Hall and Ryan Kavanaugh, this is sure to be a first of a new horror genre. These social media personalities are the new Hollywood, and they are reinventing what it means to be a star.”

“When a young kid from Maryland, like Bryce, with nothing but a cell phone and a ring light, can attract tens of millions of followers on Tik-Tok and Instagram, it evens the playing field for everyone. But there’s a dark side to this new entertainment landscape, and I’m excited to flip that rock over.”

As Stolberg continued, he mentioned that Skill House would be a hard-rated-R horror film and showcase a bold approach to what it takes to succeed in a business that solely relies on the fans liking you.

He continued, “There’s nothing I love more than writing a watercooler kill scene… and we’re already over budget with the amount of blood we’re going to use. While this concept could play for parody, I’ll be taking a more serious approach and leaning into scares and horror over humor.”

In the end, Stolberg stated that he is not pulling punches, he has already been given the green light to go for it, and he can’t wait.

One user wrote, “Work hard, take it seriously and you will be great. Proud of you.”

“Congratulations Bryce!!!!!! Im so happy for you. Youve gotten so far,” another wrote.

Similarly, the news was also shared by the Instagram handle of TikTok Insiders, and several fans expressed their opinions there.

One Instagram user had a lot to say as they wrote, “The movie idea is kinda good but it depends on the casting and the scripts and the acting and a lot of other things so it might not be a flop and I haven’t seen bryce acting so let’s no judge him he might be good :).”

Furthermore, one user wrote that Hall being in a horror film suits him.