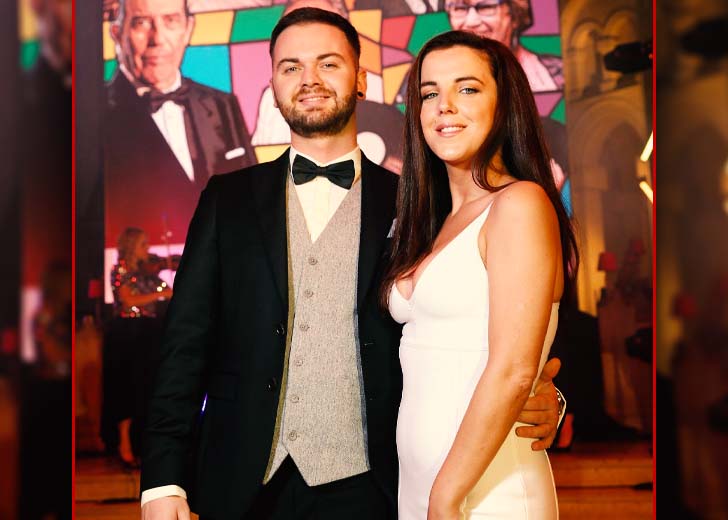 Jamie-Lee O’Donnell is an Irish actress who rose to fame following her portrayal of Eva Maguire in 6Degrees (2012-15). However, she gained widespread fame in 2018 when she brilliantly played the role of Michelle Mallon in the comedy show Derry Girls (2018-22).

Soon, she will be appearing in the romantic drama movie titled Redeeming Love — releasing on January 21, 2022. In it, she will be playing the role of Lucky and shares the screen with stars like Abigail Cowen, Tom Lewis, Nina Dobrev, and more.

While O’Donnell lives quite a public life in terms of her career, she has kept her personal life rather private. Nonetheless, it’s been known for some time that she is in a relationship with her boyfriend, Paul McCay. Here is what we know about their relationship!

The Screw star has been dating her boyfriend for some years now. However, they have known each other for a longer period.

During O’Donnell’s interview with Belfast Telegraph in January 2018, she revealed that she and McCay first met through mutual friends in her hometown of Derry. She added that there weren’t any magical moments, and they started as friends and eventually began dating.

Jamie-Lee O’Donnell with her boyfriend, Paul McCay, at a party. (Photo: Facebook / McCay)

She stated, “We met in Derry through mutual friends – that old chestnut. Nothing magical, but we were really good mates before we got together, and eventually, the friendship blossomed into something else, as usual.”

The actress added that she and her partner are happy and “content living.”

The outlet further implied that the duo has a spare room, which they love, where a set of decks and record collection are kept.

In December of that year, the Irish Times similarly reported that O’Donnell returned to her hometown to film Derry Girls — the show is based there — after completing her studies at De Montfort University in Leicester.

The outlet then reported that the 5 feet 2 inches tall actress had been living with her boyfriend even after the filming was completed.

Presently, O’Donnell and McCay have been relishing their lives with each other. However, as they are private about their personal lives, they rarely share anything with the outside world.

Additionally, when the actress soared to fame in no time after the release of Derry Girls, she became keener on maintaining privacy. She has also deleted or achieved the pictures with her beau from her Instagram handle.

Speaking of the fame, she had told Irish Times, “I didn’t realize I’d be so intimidated by [the fame]. I never expected to be at this level for a start, and I definitely didn’t expect to get recognized, six, seven times a day, or for it to happen to my family.”

Nonetheless, on September 12, 2019, McCay had accompanied his girlfriend at the 12th Ulster Tatler Awards held at St. Anne’s Cathedral, Belfast.

Who Is Jamie-Lee O’Donnell’s Boyfriend?

O’Donnell’s boyfriend, McCay, is a Techno/Prog DJ. He has been interested in music since his childhood and experimented with different styles of music during his teenage years.

He is also the host and producer of a weekly cast podcast named MindXposure.

Born in 1991, McCay is currently 30 years of age. It’s reported that he celebrates his birthday on November 26 every year. He was raised in the suburbs of Derry, Ireland, just like his girlfriend. Besides that, not much information is known about him.