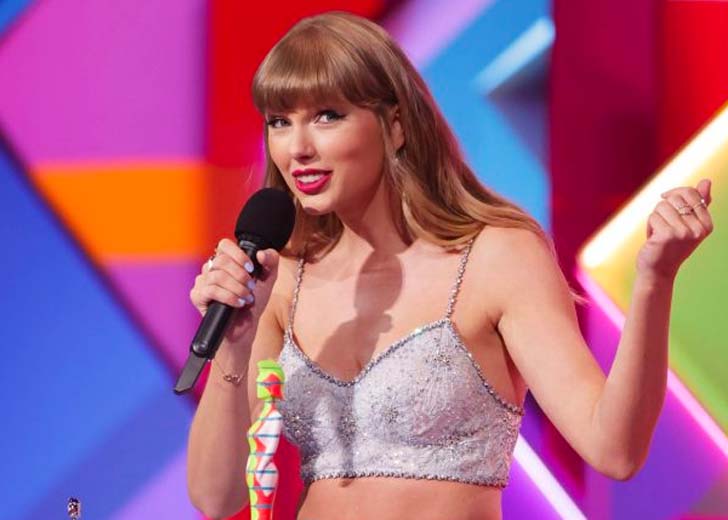 Some fanbases always support their favorite celebrity on small and big topics. And at this moment, Taylor Swift fans are among that particular fanbase.

The Swifties are currently confused about whether to support or oppose Swift as a damning report from Yard – a marketing and analytics agency – has placed the American singer-songwriter on the top of many celebrities whose private jets emit the most carbon dioxide.

However, one of Swift’s fans on Reddit has come up with a rather strange theory to supposedly make an excuse for the fact that Swift’s private jet has emitted more carbon dioxide than any other celebrity in the world.

In theory, which has since been removed from the Reddit thread, a Swiftie calculated that if Swift could get 70,000 of her fans to stop eating meat, beef to be precise, she could offset carbon emissions from her private jet.

The fan divulged all of the details mentioned in the report of Yard and then talked a bit about the social media following of the singer. “So here is my proposal: if Taylor could convince 70,000 of her American fans to cut their beef consumption in half….”

“…it would completely offset the carbon footprint of her private jet,” the fan added. Following that, the fan did some math showing how much beef consumed equals CO2 emissions and did all sorts of calculations.

The Swiftie continued, “I also want to say that we don’t need to guilt each other over eating beef. Personally, I happen to like chicken just as much as beef anyway, and in the past I would just random pick chicken and beef based on my mood.”

“Once I was aware of beef’s carbon footprint, I consciously chose to choose chicken more regularly. Like I said, only a small percentage of her fanbase needs to do this. I propose that the hashtag be called #NoBeefWithTaylor.”

In the end, the fan also suggested an alternate way. The fan added that Swift could purchase carbon offsets for her jet, costing roughly around $100,000.

When the fan posted this theory on Reddit, many reacted differently. One wrote, “Hard to justify bad things with somewhat good things, at the end of the day she is still ruining the environment for something that’s barely quality of life.”

“I totally agree that meat consumption in America is out of control, and I try to reduce my meat consumption for these same reasons! But I don’t think the onus should be on Taylor’s fans to offset her carbon footprint,” another Redditor wrote before adding;

“We’re not the ones taking the jets. But I really like the idea of her purchasing carbon offsets! I think that would be a really great thing for her to do.”

In the end, the original theory poster mentioned that it was a joke. “If you’re wondering if I wrote all that just to make the pun #NoBeefWithTaylor … the answer is maybe,” the fan wrote.

He then continued, “EDIT: since the joke is flying over people’s heads, I just wanted to point out: ‘A Modest Proposal’ was a satirical essay written by Jonathan Swift, in which he suggested eating babies to solve the hunger and overpopulation crisis. It is now an idiom referring to proposals made in jest.”

On July 29, 2022, the Yard Team released a report after people worldwide started to criticize Kylie Jenner for her private jet usage, with people labeling the model a “climate criminal.” And when Yard published their report, it was found that Jenner didn’t even make it to the top 10.

Taylor Swift was on the top of the list, with her private jet making 170 trips and emitting an estimated 8,293.54 tons of carbon since January 2022. Apart from Swift, other celebrities included in the list were Kim Kardashian, Travis Scott, Oprah Winfrey, Jay-Z, and Mark Wahlberg.

Taylor Swift with Jamaican singer Omi in her private jet in 2015 (Photo: Twitter)

However, Yard had also put out a disclaimer that read, “Whilst there is no way to determine if these celebrities were on all the recorded flights, the purpose of this study is to highlight the damaging impact of private jet usage.”

After the report was made public, Rolling Stone reached out to the many celebrities included in the last, including Swift. And while other celebrities’ representatives didn’t respond, Swift’s rep was happy to make a small comment.

The rep said that Swift’s private jet is often loaned out to other individuals, and to attribute most or all of these trips to her is blatantly incorrect. What do you think? Should Swift be blamed?

Who Are NFL Star Aidan Hutchinson's Parents? A Look at His Family