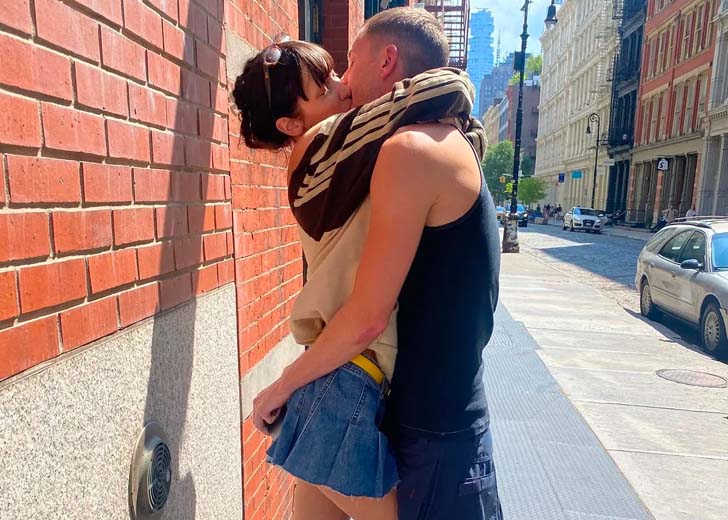 Fans were happy to see the couple enjoying their time.

On Sunday, July 3, 2022, the American model took to her Instagram handle to share a couple of pictures taken alongside her partner in which they were showing a public display of affection.

Her PDA-filled Instagram post left many shell-shocked as they weren’t expecting such photos to be posted by Hadid. To talk more of the images she had shared, there were two pictures, and the first one showed Hadid and Kalman passionately kissing.

The love birds had wrapped each other’s arms on their bodies as they stood nearby a street and shared a smooch. Similarly, the second picture looked a bit the same as the first one, but it was probably taken before or after the two had kissed.

In the picture, Hadid was wearing a short jeans skirt with a black and yellowish jacket on top. On the other hand, Kalman was wearing blue pants, black boots, and innerwear with no sleeves.

One of Hadid’s fans was shocked to see those steamy pictures as they wrote, “Just fell down to my knees at Walmart.” The comment was followed up with a heartbroken emoji.

“that should be me,” another heartbroken fan wrote, whereas one Instagram user wrote, “I just got publicly cheated on.”

On the other hand, many were happy to see the couple enjoying their time. Women’s rights activist Merhan Keller wrote, “I’m so happy seeing you happy. You deserve everything beautiful and pure. May you always glow with happiness my love.”

This is Hadid’s first public relationship since her split with Canadian singer The Weeknd in August 2019 — the former couple dated on and off for four years. The model’s love life was private until June 2020, when she was first linked with Kalman after being spotted having a meal in New York City.

It’s reported that the now-dating pair first came into contact with each other through the Kardashians. Kalman, an art director, has previously worked with Kylie Jenner’s boyfriend, Travis Scott, and Hadid is friends with Jenner.

After being spotted in June 2020, there were rumors of Hadid and Kalman’s romance, but it wasn’t confirmed until July 2021, when the model posted a picture with Kalman and wrote, “Time of my life. Healthy, Working and Loved.”

The since-deleted picture was taken in France while the two were at the Cannes Film Festival. Additionally, the image was a bit blurry, but the duo could be seen getting cozy.

On Valentine’s Day 2022, Hadid officially confirmed her relationship with Kalman by sharing a kissing picture via Instagram story and calling her boyfriend her “fav dinner date.” “To my bestie in a Tessie,” she further added.

Since they began dating, the two have been to different places and enjoyed their time together. In March 2022, they were in Paris; in April 2022, they were seen in Italy, and the couple was at the Cannes Film Festival in May 2022.