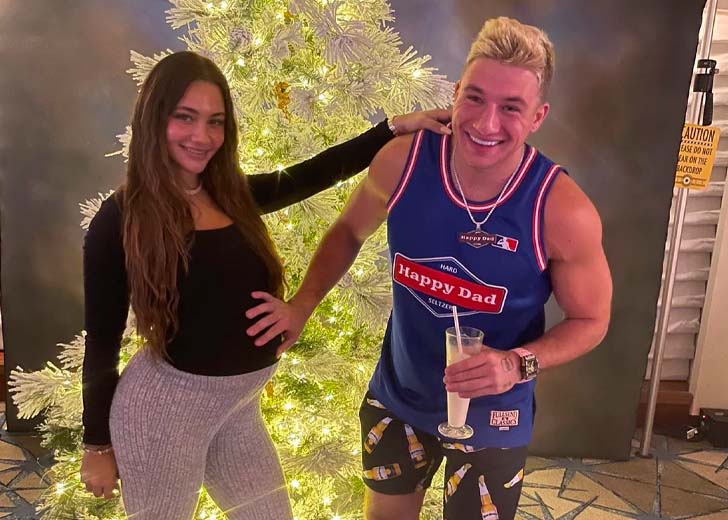 Celina wanted a child a month ago!

Celina Smith, the girlfriend of Stephen Deleonardis, aka SteveWillDoIt, has spoken up about having a baby less than a year after the couple did a pregnancy prank.

A little over a day ago, Smith was doing a small Q&A session over her backup Instagram handle while she was in Brazil for some work. During that Q&A session, one of her followers had asked Smith if she wanted to have children.

In reply, the new YouTuber posted a selfie and wrote a text over it. She mentioned that she wanted to have kids around a month ago, but now she has changed her mind. Her exact words were, “I did last month, LOL. I changed my mind.”

Following that, she answered a couple more questions, but none of them were related to her possibly giving birth to a baby in the future. Smith concluded her stories by posting a memorable moment from her visit, a small local concert, and sending farewell to Brazil.

Celina Smith pours out her views on having a baby (Photo: Instagram)

Before Smith dished on having a baby, she and her boyfriend had pranked their viewers by revealing that Smith was pregnant with Deleonardis’ baby. Deleonardis started the prank via his Instagram handle.

On November 28, 2021, he posted two pictures taken alongside Smith, the first being when they initially started dating, and the second was the recent one. In the first photo, they were standing in front of a beach, looking relatively young.

Similarly, in the second picture, the couple stood in front of a mildly-decorated Christmas tree. Deleonardis’ had his hands on Smith’s baby bump, and he was donning a necklace and an NBA-themed t-shirt that spelled “Happy Dad.”

The prankster had initially captioned his post by writing, “Then vs. now. I am officially becoming a happy dad.” However, weeks later, when he finally revealed that it was all a prank, the caption was edited, and “(this is a joke)” was added in the end.

As for how the prank ended, Deleonardis uploaded a video on his YouTube channel on December 10, 2021, titled “My Girlfriend is Pregnant! (BABY STEVE).” After 15 minutes and 10 seconds, we see that the love birds have traveled to Mexico City.

“Alright, boys. So now we’re in Mexico City. I’m with Celina, my baby mama. We’re here in Mexico City to celebrate pregnancy,” Deleonardis said while touching Smith’s baby bump. She later brings in a beer for her boyfriend but not for herself to maintain the prank.

The video continues as the duo and their friends stroll in the nearby park, and at one moment, Deleonardis even takes part in a performance. After that, he hands out money to small kids, which he has also done in the past, and all of them return to the hotel.

But after they return to the hotel, Smith is seen pouring a drink inside the paper coffee glass she was holding the whole time. Deleonardis then asks the bartender for some tequila shots and then reveals that the pregnant fiasco was only a prank.

He said, “I love you guys so much. I just want to say she’s [Celina] not pregnant. I kind of trolled you guys because Milk is posting a video where Celina’s pregnant, and we’re trolling. I just trolled you guys, I had fun.”

Deleonardis then raised his partner’s t-shirt and showed that she was wearing a fake baby bump. This confused many of their fans, but they eventually understood. And now, the question of “Is SteveWillDoIt a dad?” is eradicated.

Deleonardis and Smith initially started dating after meeting each other in high school. In her Instagram post of October 31, 2021, Smith revealed that she lost her virginity to Deleonardis. But, the couple’s relationship wasn’t stable during the initial days.

They would often break up and eventually reconcile their togetherness after some time. There were also cheating allegations against Smith, but they were never confirmed or denied. As of now, it seems the two are going on strong.