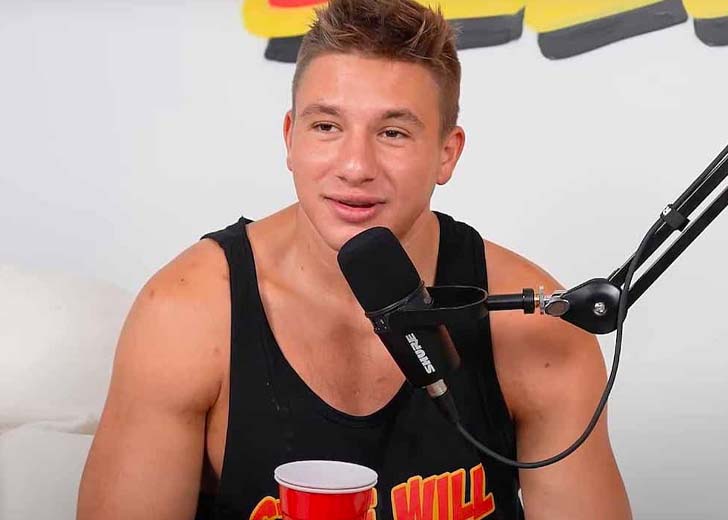 SteveWillDoIt got permanently banned after his editor forgot to blur the gambling site.

YouTuber Stephen Deleonardis, best known as SteveWillDoIt, disclosed that YouTube dismissed his main channel for promoting his second channel, where he used to post videos of his gambling.

On August 2, 2022, the YouTuber revealed that he got banned from YouTube. He uploaded a screenshot on his Instagram with the caption, “Youtube just permanently deleted my channel.”

On August 30, SteveWillDoIt explained the cause behind the deletion of his channel in Bradley Martyn’s Raw Talk.

Deleonardis revealed that his second channel, where he broadcasted videos regarding gambling, had an impact on the removal of his primary channel.

In a recent interview on Bradley Martyn’s Raw Talk, he explained that YouTube did not give him any warnings before deleting his account permanently.

His second channel was terminated due to the fact that the clip displayed the domain name entirely and was not blurred. This made him concerned about his main channel, so he made a new channel just to speak with a YouTube rep.

The YouTube rep told him that it should be fine if the Google AdSense account on the main channel is not associated with the second channel.

“My main mistake was I went on my main channel and promoted my second channel,” he described.

SteveWillDoIt also went on his Instagram to question YouTube regarding the termination of his channel. He asked YouTube to clarify why it is bad to display a domain name on his second account and felt it was just an excuse to destroy his channel.

On August 18, Deleonardis claimed that he had zero community guideline strikes before his YouTube channel got banned.

While it mostly takes three strikes for the termination of an account unless something horrible happens, the YouTuber explained that his channel had no prior violations on his channel.

He tweeted, “My main channel got deleted when I have 0 strikes and my main mission is helping people in need.”

The fans are in support of SteveWillDoIt, with one fan saying, “He is personally changing lives and giving hope to ones that have almost given up on life.”

What will SteveWillDoIt do next?

Martyn asked Deleonardis, “If it is not youtube are there other platforms that you are exploring?” He responded, “Well luckily YouTube has not said you can not make a channel.”

He also added that he would be in the knock boys videos. However, we will have to wait to find out what happens next because it is unclear what Deleonardis will do going forward now that his channel is banned.