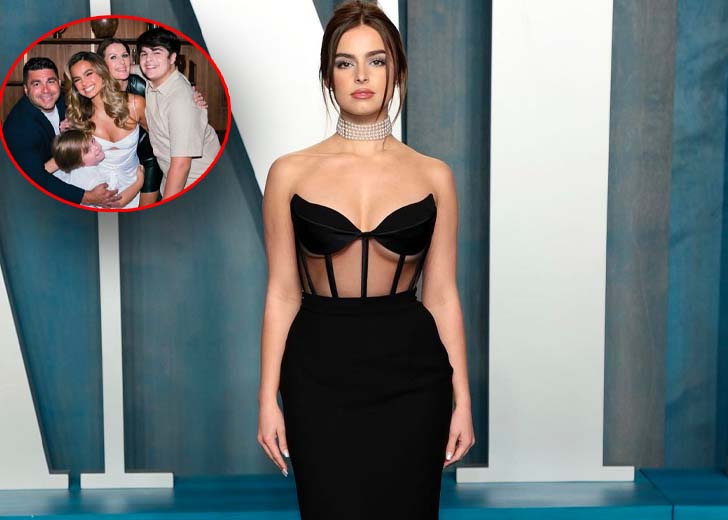 TikTok star Addison Rae got a lot of family drama, from allegations of infidelity against her father, Monty Lopez, to her mother Sheri Easterling’s PDA moment with rapper Yung Gravy.

While Rae has been affected by her parents’ drama and their frequently chaotic love relationships, a source told ET that she is not paying attention to what her parents are doing or acknowledging what is happening in public.

A source told ET that she is embarrassed by her parents and keeps her distance from all the drama. The source also filled in on how Rae felt towards her parents’ drama.

On July 25, Rae tweeted, “I have really been struggling to post and get out and do things but I love you all and you mean so much to me than I can ever express.”

The source further shared that Rae is trying her best to stay grounded to focus on her projects and does not want her parents to have a negative impact on her future.

The drama started in July when Rae’s father’s infidelity allegations surfaced on the internet. A 25-year-old woman named Renee Ash claimed to have a 5-month affair with 46 years old Lopez while he was still with Easterling, as per Page Six.

Ash claimed that Lopez told her that he had ended his relationship with Easterling and was getting divorced. She broke up with Lopez after several girls accused him of flirting with them.

“I loved him and I believed him. When I found out about the other young girls, my heart broke,” Ash said.

Easterling spoke about the claims on her Instagram and also changed her bio to “single mom.”

The same month, 26 years old rapper Gravy entered the drama, and Easterling was seen locking lips with Gravy at the MTV Video Music Awards on August 28, 2022.

After the VMAs, Lopez posted a TikTok video challenging Gravy for a boxing match, but the rapper has not yet addressed or responded to the challenge. He also posted a shirtless picture on his Instagram stories and wrote, “Unbothered! Thank you @youngravy, for taking the leftovers.”

Fans live for drama, and currently, they are enjoying every bit of Rae’s family drama as one of the fans wrote, “Ok I might be going through a midlife crisis, but I can’t get enough of this Addison Rae family drama.”

Meanwhile, another tweet read, “All of this drama with Addison Rae’s parents all over TikTok and instagram is so embarrassing. I would never speak to my parents again if they acted like that.”

The third follower noted, “Addison Rae does not give a damn about her parents Drama that girl in her own world fr.”