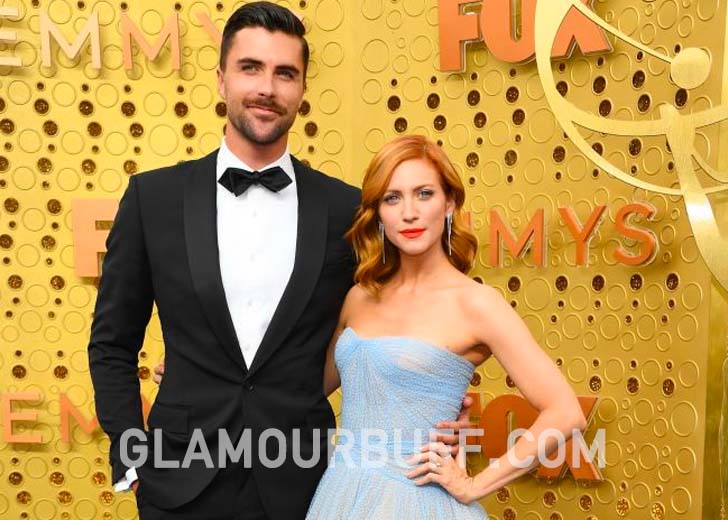 After his latest scandal, Brittany Snow might get a divorce from her husband, Tyler Stanaland.

Stanaland is the star of Selling The OC and is also a part of the Netflix spin-off series, Selling Sunset. Recently, he spoke up about the time co-star Kayla Cardona attempted to kiss him in the show’s first season.

Fans of the program will be aware that the season focuses on the conflict between Cardona, Stanaland, and Polly Brindle, after the revelation that Cardona tried to kiss Stanaland at work drinks.

Brindle said that she was offended by Cardona’s behavior on the show. She said, “After a few drinks, she tries to make out with the married men in the office.”

After which, Stanaland confirmed, “She genuinely tried to kiss me.”

After Stanaland revealed that Cardona tried to kiss him, the latter apologized. She admitted that she was humiliated by her behavior and was sorry.

Stanaland detailed what transpired from his point of view in an interview with Reality Life with Kate Casey.

He revealed that Cardona had tried to make out with him multiple times. He admitted to minimizing the scandal and brushed it aside out of respect for her.

Similarly, he did not want any drama so that everyone on the show could concentrate on what they should be doing. He added that he had to create some boundaries and rethink the social climate a little because of Cardona’s behavior.

He said, “It was just…something that, you know, you don’t do to somebody who is married.”

Stanaland talked about the scandal and its impact on his marriage with Snow with the Behind The Velvet Rope podcast on Wednesday, September 7, 2022.

He confessed that he expected the kiss to be a part of the plot, not as much of the storyline as it became. He said that was sort of another reason why he continued to try to squash it throughout production.

Stanaland was adamant that he did not want this item to stand on its own when it might have been addressed immediately. Regarding how Snow reacted to the scandal, the reality TV star said that trust made his relationship with his wife special.

He pointed out that trust was needed to make their relationship work, especially in the eye of the public. And apparently, this was something Snow and Stanaland had planned for.

Despite being in the hot seat in the new reality series, the Pitch Perfect actress and her husband, who has been married since 2020, will always support each other’s decisions and professional choices —  even if it means putting themselves on television.

He explained, “I think it was something that when we first got together, we both said whatever is best for our careers we will always support.”

Although Stanaland assured that their relationship would survive the drama, the rumors suggest otherwise.

Deuxmoi is an Instagram gossip page that reports on celebrities via the information they receive from anonymous sources. Most of the time, their news has turned out to be true.

Recently, they addressed Snow and Stanaland’s relationship and how they might split in the future. First, they answered a question that asked what they thought about Snow’s split or divorce from her husband.

Brittany Snow might get a divorce or split from her husband, Tyler Stanaland. (Source: Deuxmoi’s Instagram Stories)

Deuxmoi responded that it was a possibility. Then, they gave a new update they received which claimed that Snow was considering a divorce from her husband.

The source claimed that they overheard the X actress talking about divorcing Stanaland, saying she was too good for all the scandal. She also allegedly said how she did not know her spouse’s behavior throughout the time he was filming the reality TV series.

Snow has not publicly responded to the drama yet.