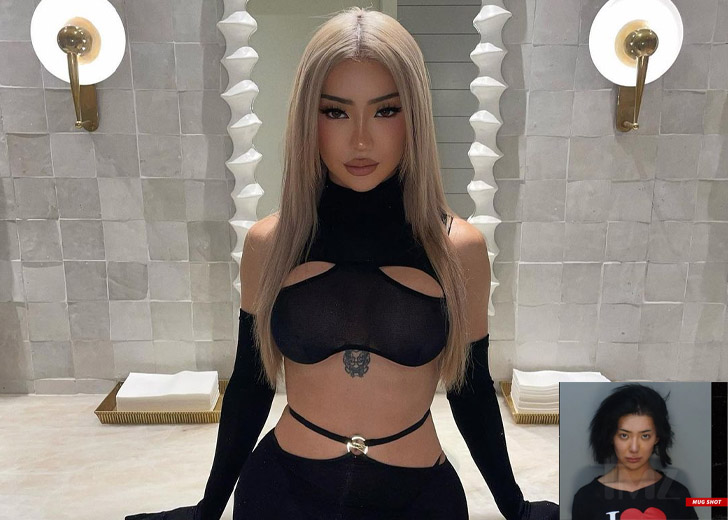 Police claimed that Nikita Dragun doused security guards with water, leading to her being detained.

Famous transgender YouTuber Nikita Dragun was handcuffed as she exited a luxury Miami Beach hotel after police claimed she drenched security personnel with water while wandering about the pool naked.

It appears that the beauty content creator was having a lot of fun at The Goodtime Hotel when she was arrested on Monday, November 7, 2022, on a felony allegation of violence against a police officer.

Police officials were summoned in response to a report of someone behaving extremely boisterously and causing a disturbance at the hotel, per the police report obtained by TMZ.

Officer claimed that when they arrived, hotel security informed them that Dragun had been making a scene and wandering about the pool area naked for a considerable time.

Officers also said security reportedly told them the makeup artist disregarded warnings to stop causing the commotion and deliberately spilled water on hotel staff. Authorities said that as soon as they arrived at the incident, security led them up to her room, where they heard loud music being played.

After many knocks, according to the police, the transgender YouTuber opened the door. However, she allegedly slammed the door in their faces when hotel security warned her to stop talking to them, or they would ask her to leave.

“Do you want more?” Dragun reportedly asked security when she reopened the door a few seconds later. She was held after it was claimed that she hurled an open water bottle, causing water to splatter and pour on the officer and security guard.

The influencer was detained for battery on a police officer, disorderly conduct, and felony battery. She was brought into jail at the Miami-Dade County’s Turner Guilford Knight Correctional Center with a $5,000 bond.

This was not the first time that she was taken into custody. According to statements released on her Instagram on December 13, 2021, the beauty YouTuber claimed she was sent to a psychiatric institution where she was confined against her will for eight days.

Dragun wrote in a lengthy description (via Insider) that she was “kicked out on Thanksgiving day” and “walked the streets” before being picked up by the police and sent to the hospital alongside a series of pictures and videos and a series of Instagram stories.

She wrote, “I was involuntarily administered into a Psychiatric Behavioral Health Hospital.” Moreover, in her main Instagram post, Dragun stated that she had been detained by a Magistrate order while traveling to Virginia.

A magistrate order is often issued when an individual is found unfit to make an informed decision about their medical care and has a severe sickness or injury that is likely to cause death, incapacity, or significant irreparable harm.

Dragun claimed to have spent eight days in the hospital in a subsequent Instagram story, which is no longer viewable by the general public. She also stated that the event happened when she was being picked up by the police outside in “clear stripper heels” in the chilly weather.

The post did not specify which police force or sheriff’s office was involved; thus, Virginia state police declined to comment on the event.