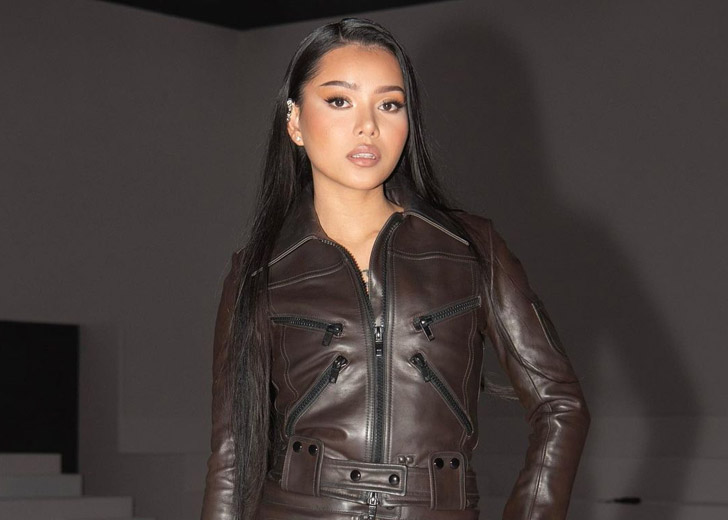 Bella Poarch is taking a social media break amid her divorce from her secret husband, Tyler Poarch.

Bella Poarch is taking a break from social media amid her divorce from her secret husband, Tyler Poarch.

On Tuesday, November 8, 2022, the singer took to her social media handles to address the news of her divorce and secret marriage for the first time. In her statement, she first addressed her followers by writing, “Hi everyone.”

Her statement continued, “I’m sorry if everyone thinks I’ve been keeping a secret.” Afterward, she said she would address her divorce when she gets ready to discuss it. “In the meantime, please respect mine and Tyler’s privacy.”

As she went on, Bella mentioned that her team “will be taking over” her social media handles and “posting certain obligations that need to be fulfilled.” “I will be taking a break from social media. Thank you. Bella,” her statement concluded.

Following her announcement, which was captioned with a red heart emoji, friends and well-wishers outpoured their support for the TikTok star.

Similarly, one fan went on to write a lengthy comment addressing all the hate that Bella is receiving for keeping her marriage a secret. The fan wrote, “to everyone claiming that she was lying about being married to get to you, consider that maybe she wanted to keep her love life private and that it’s none of your damn business.”

“I’m not like the most gigantic fan of hers, but I recognize that public relationships involve a lot of stress and that publicity can ruin a relationship entirely. Maybe, for once, this isn’t about you. It’s really the sad incel men who wanted her that are mad and feel “lied to” rn.”

“Consider that maybe she, as a person, a real-life human being, is seriously emotionally struggling because she is dealing with a divorce. TLDR: get the [explicit] over yourselves, people, let her heal,” they concluded.

Furthermore, one Twitter user applauded Bella and her friend circle, who kept her marriage a secret for such a long time. They wrote, “Bella Poarch has been married for 4 years, and not a single person let that info out… everyone just know when she’s filing the divorce rn..”

“how tight and private her circle is. Now that’s hell new private circle ever.. shout out to her and her real people.”

As mentioned earlier, Bella’s step to take a social media break comes amid the backlash she received after it was revealed that she was filing for a divorce from her secret husband, Tyler Poarch. Before this, no one knew that the internet star was a married woman.

And the revelation only came after TMZ exclusively reported that Bella was divorcing Tyler. As per the outlet, Bella, whose real name is Denarie Bautista Taylor, filed for divorce on November 2, 2022, in Los Angeles County, ending her four years marriage with Tyler.

The legal papers stated that Bella had noted “irreconcilable differences” as the reason behind the divorce. And as the married couple didn’t share any children, neither wanted any spousal support. Likewise, Bella will be keeping her husband’s last name – Poarch.

As for when the couple got married, TMZ reported that the soon-to-be-divorced couple shared the wedding vows in January 2019. Besides these, no further information was revealed about their relationship by TMZ.

But after the outlet revealed the news, onlookers started digging around and found pictures of Bella with a U.S Navy soldier, who is alleged to be Tyler. As for the photos, it was initially posted by one of Bella’s Facebook fan page on January 10, 2021.

On the other hand, Bella’s secret marriage shocked millions of her fans as she had kept her love life a secret. Moreover, she had previously stated that she had been single for almost a year when she appeared on the H3 Podcast in 2021.

In the same podcast, she divulged a little about her two romances that took place when she was in the Navy. And out of her two relationships, the second ended when her then-partner discovered she was leaving the Navy due to mental health concerns. The details of her first romance weren’t revealed.