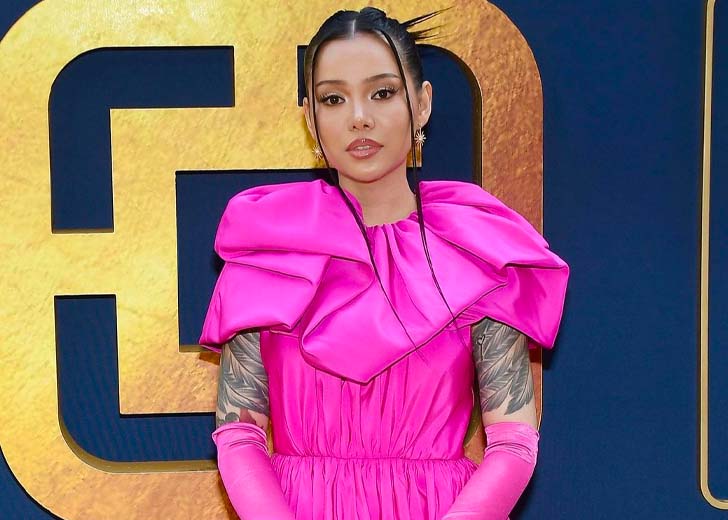 92 million people who follow TikTok star Bella Poarch appear to witness every aspect of her life, but until today, when she announced that she was divorcing her husband, which was kept a secret.

In order to dissolve her nearly 4-year marriage to Tyler Poarch, Denarie Bautista Taylor, aka Bella, filed papers in Los Angeles County on November 2, according to legal documents acquired by TMZ. She cited the typical “irreconcilable differences” as her reason for breaking up.

According to the divorce papers, the TikTok celebrity and Tyler were married in January 2019. The couple is not featured in any pictures or videos on Bella’s TikTok or Instagram sites, and there don’t appear to be any pictures of her wearing a wedding ring either.

However, Bella does not appear to have ever made her husband’s existence known in public. She may have deleted Tyler from her social media platforms after posting pictures of him.

The ‘Build a B*tch’ singer doesn’t want either of them to make spousal support payments and also never had any children together.

Bella stated that she had been single for nearly a year on a prior appearance on the H3 Podcast in 2021. She talked about two romances that took place while she was in the Navy; the second one ended when the guy found out she would be leaving the service due to mental health concerns.

The artist claimed that he stated to her, “Oh, you’re leaving the military? I guess we can’t be together.” Her departure from the Navy sometime in 2019 may be a clue as to what transpired with her ex-husband.

When it was revealed to fans that the former soldier had been married the entire time, they were shocked. A screenshot of Tyler was released by a Bella fan account roughly two years ago, and nobody seemed to notice at the time.

However, the fan account’s sharing of images of Bella’s soon-to-be ex-husband has become popular across the internet, notably on Twitter.

Since there isn’t much information online about the soon-to-be ex-husband, he either served in the U.S. Navy as well or is still doing so.

The two appeared to be incredibly close in the photo, and Tyler, like Bella, has some tattoos on his chest and arms.

The TikTok star’s supporters were stunned to learn that she had been married the entire time. Many people were shocked when it was revealed that her surname was not even hers.

A follower tweeted, “bella poarch having an entire career in the spotlight while hiding a whole man for four years is a crazy level of stealth.”

Another tweet read, “bella poarch had a whole ass husband for 4 years and we’re just now finding that out bc she’s divorcing him???”