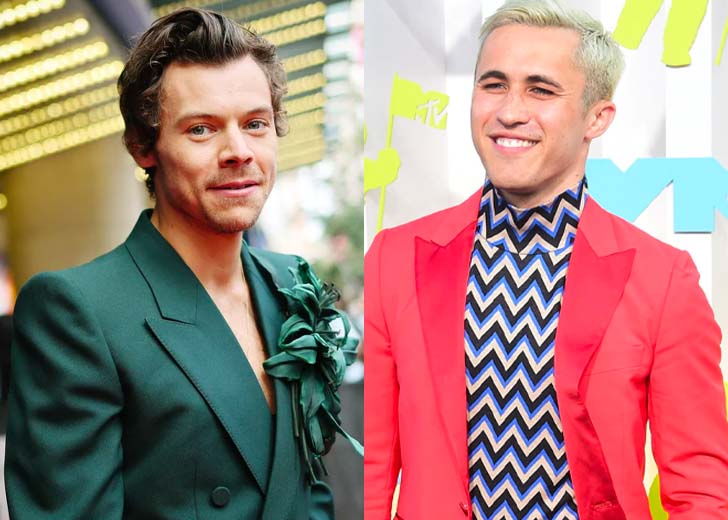 Videos alleging that popular creator Chris Olsen is in charge of the account for Harry Styles’ beauty company, Pleasing, have been flooding TikTok over the past few days. Even though the account lacks a face, it appears to be managed by a lone individual rather than a social media team.

Pleasing, a line of skin products and nail paints with the Gen Z emblem at the head, was introduced in 2021. The company’s TikTok presence, which underwent a significant revamp in October, has drawn notice for its “genuine” content, with the majority of videos appearing to have been shot on a mobile phone from a person’s home.

Pleasing’s new TikTok content feels more in tune with the platform than previously, so it stands to reason that a well-known creator could be behind the account.

After observing similarities between Olsen’s style of humor and the humor utilized in the brand’s latest material, fans started to speculate that Olsen is behind the Pleasing account.

Additionally, Olsen’s flat and the place where Pleasing records its videos have similarities that fans have noticed. The flooring, kitchen counters, couch, and doorway appear to be the same in the videos.

Fans claim that Styles also spoke with Olsen this week at one of his shows, calling him out for holding up a sign that read, “Daddy?”

While the evidence was mounting, creator Alexia Houde supported this notion in a video by demonstrating how a related blue item can be seen in recent TikToks from both Olsen’s and Pleasing’s accounts.

She also provided a screenshot of Olsen’s video, where it can be seen that nail paint bottles with Pleasing’s distinctive round caps are presumably sitting on his desk.

The brand’s TikTok presence has benefited greatly from this strategy in the two short weeks since the TikTok star supposedly took charge, according to digital creator @producerliz.

She claimed, “The aesthetic? Gone. The numbers? So superior. Why? TikTok is not a place to be glossy.” She continues by stating that hiring influencers for one-time campaigns rather than engaging them permanently can help marketers contribute to these apps in a way that genuinely connects with their consumers.

Since its debut, Pleasing has published three micro-collections, all of which have generated a great deal of buzz thanks to their unusual packaging and novel hues and textures.

For the first time, the singer worked with fashion designer Marco Ribeiro, a Brazilian-born Parisian. It was his first-time trying cosmetics.

The new range offers versatile, convertible colors that you can mix and match to create your own style in place of prescriptive eyeshadow palettes, lipsticks, and blushers.

Eight wet-to-dry colors are available in the Pressed Powder Pigments palette and can be applied with brushes, sponges, or your fingertips. The formula can also be combined in infinite ways by blending and mixing it.

Furthermore, three Universal Cream Pigments in vivid pink, fresh blue, and bright yellow can be used on the body, face, and lips alone or combined.

Without nail polish, a Pleasing collection would be lacking, so Styles and Ribeiro came up with the Pleasing x Marco Ribeiro range. Five avant-garde polish hues that explode with vibrancy are ready to add a new depth to the manicure toolkit.