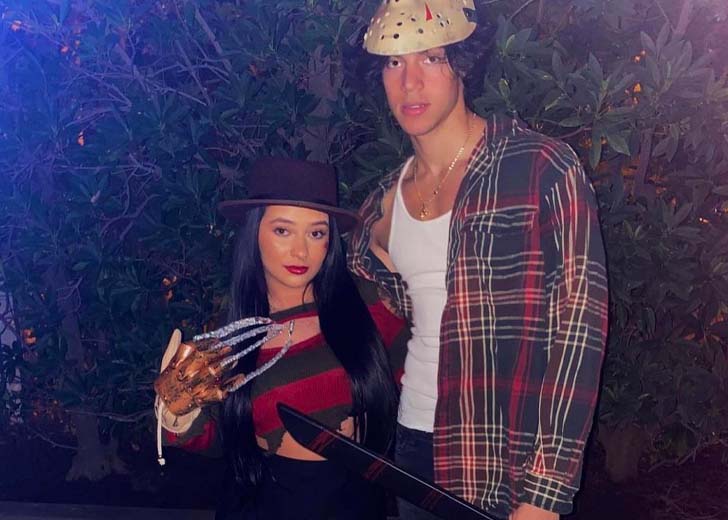 Danielle Cohn and Mason Patterson have again ended their relationship!

It’s over between Danielle Cohn and her longtime boyfriend, Mason Patterson.

On Wednesday, November 9, 2022, the American musician took to her Instagram stories to announce her breakup with her TikToker boyfriend.

Cohn had written a short statement in a blank create format, saying, “Me and mason are no longer together; much love to him, and hope he does good in life.”

Ultimately, she concluded her statement by urging her followers not to hate any of them, as “it’s really not what I need.”

After the news of their split was announced, tea pages on Instagram took a screenshot of her story and posted it on their handles. And under the comment section of those posts, different users had different reactions, but primarily, it was all negative.

Some users mentioned that Patterson would start talking trash about Cohn. For instance, one wrote, “I give him a week before he starts exposing her,” with another adding, “watch him call her out for lying about her age now.”

Similarly, some were quick to say that Cohn would soon be seen with another partner. One commented, “Here we go again…. she’ll meet another boy with curls or a really tall white corny boy.” “she’ll have a new man in like 2 weeks. Danielle cannot live without a boyfriend,” another joined.

On the other hand, one Instagram user was shocked to hear the breakup news as they had recently seen Patterson post about his now-former girlfriend on Snapchat. “Wait he was just posting about her on snap,” they wrote.

That said, Cohn has seemingly hinted, via another Instagram story, that her now-former boyfriend might have cheated on her. On November 10, she posted a screenshot of a Twitter post from a user named @emdawnwhite, along with three louder emojis.

The tweet read, “when Beyoncé said, ‘it’s not the cheating that hurts, its the type of [explicit] he cheats with, now I gotta look in her eyes & see she had half of me & she ain’t even half of me.’”

This Instagram story from the internet star has left some wondering if Patterson had cheated on Cohn. However, as there is no strong evidence proving any cheating, it’s best not to say anything.

Cohn and Patterson first began dating in September 2021. Their relationship seemed quite strong initially, as they often appeared together in public and shared pictures on their social media handles. But that seemed to have changed with time.

And weeks before this announcement of their split, their fans witnessed the couple breaking off their relationship and getting back together. However, the end seemed inevitable, and it’s unsure if the two would reconcile their togetherness again.

Before dating Patterson, Cohn was in a romantic relationship with fellow internet star Ethan Fair. The now-former love birds began dating in mid-2019 and ended their togetherness in January 2020.