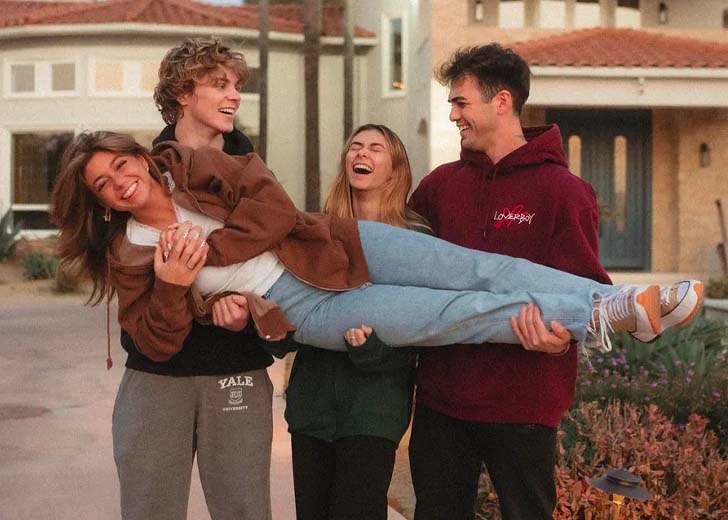 Tabitha Swatosh is currently in her hometown of Missouri.

Tabitha Swatosh seems to have left the Hype House, as the content creation house is no longer following her on Instagram.

On Monday, July 11, 2022, The original Tiktokroom broke the news that the official Instagram handle of the Hype House is no longer following Swatosh on the platform. They wrote, “#hypehouse unfollowed #tabitha.”

They posted a screenshot of Hype House’s following list with Swatosh’s username in the search panel, which didn’t show her name. Hype House is only following ten people right now, consisting of a couple of their old and new members.

“Good. Tabitha was well above them anyways,” one user commented, with another one saying, “No, she was so awesome.”

One Instagram user went deep and wrote, “Honestly, the hype house was so much better when Alex and the original people were in it. Thomas has made it too much of a business now rather than just being about fun. He just needs to let it go and move on.”

Furthermore, some eagle-eyed fans noticed that the Hype House unfollowed Eddie Preciado. The TikTok star was one of the newest members of the Hype House, joining the team in early June 2022. “Not surprising. Eddie has been in just about 0 things they have posted since all those guys joined lol,” one user noted.

Swatosh being unfollowed by the Hype House on Instagram might have been the news now. But upon further digging, we found out that she has been missing out on Hype House’s TikTok videos since June 2022.

The last time Swatosh was featured on Hype House’s TikTok handle was last week when they posted a video celebrating the one-month anniversary of the arrival of new Hype House members. “Happy 1 month of the new hype house,” they wrote.

However, the video in which Swatosh was in seems to be captured long ago, when Hype House welcomed six new members in early June 2022. And before that, she was on their TikTok video on June 14. And after that video, she hasn’t been featured once.

And while many might say that Swatosh hasn’t been a part of Hype House’s TikTok videos because she is currently in her hometown of Missouri, the fact that she hasn’t been featured since June 14 cannot be ignored.

Taking all that into consideration, what happened between Swatosh and the Hype House? Is there a rift between them? Has Swatosh left the Hype House, or was she kicked out?

The answers to these questions remain unknown as neither the Hype House nor Swatosh has said anything on the topic. And as there is no official statement, it couldn’t be said that she had left the Hype House or was kicked out.

Tabitha Swatosh joined the Hype House in early 2022. On February 2, 2022, the TikTok star took to her Instagram to announce her arrival at the content creation house, and several existing members were there to give her a warm welcome.