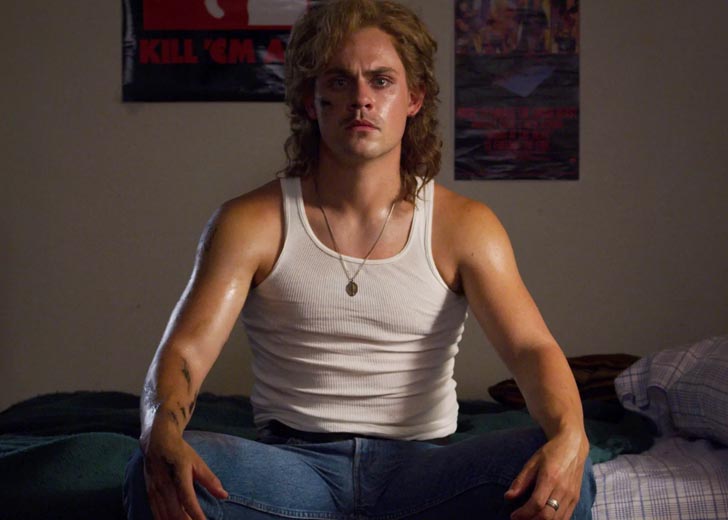 For months, Stranger Things fans had been wondering whether Dacre Montgomery would return as Billy Hargrove or not after his heartwrenching death in the season three finale during the Battle at Starcourt Mall.

And the answer is finally out with the release of Stranger Things season 4 Volume 1 on May 27, 2022. To those wondering: Yes, Montgomery’s Billy Hargrove has made his return to the Netflix original show.

However, it’s only a cameo, and Billy’s screentime in the show is around 2 minutes only. As for under what conditions Billy would appear, find it for yourself. Why ruin the fun, isn’t it?. A little hint though, Billy’s appearance is in the fourth episode titled ‘Dear Billy.’

With the release of Stranger Things season 4 Volume 1, some behind the scene secrets are also being revealed by the cast members. As for Montgomery, he has revealed that he didn’t travel to the United States for the filming of his cameo scene.

On Monday, May 30, 2022, the actor took to his Instagram handle to share multiple posts where he spilled the beans regarding his cameo in Stranger Things season 4. He mentioned that he wasn’t able to travel and film scenes with his fellow cast members due to the pandemic restrictions.

Nonetheless, the process was made easy as he was able to film his cameo in his hometown of Perth, Australia. Montgomery first posted a picture of himself lying as other people helped him to get ready to film his scene. A grain photo effect was used over the picture.

Captioning the picture, he wrote, “Feeling extremely fortunate to have been able to shoot these scenes during the pandemic in my hometown, Perth (in Australia). What an absolute blessing to work with such an incredible local crew.”

In the end, he revealed another secret: Shawn Levy — director of Free Guy and The Adam Project — was chatting with him over a Zoom call and directing his scenes as well. Levy has served as one of many directors in the new season of Stranger Things.

Two additional posts were made by Montgomery with the same caption as the previous one. In the second post, he shared clips and pictures of the transformation he went through to get the looks of what the viewers experienced while watching his cameo.

There were wounds marks and his chest was full of welts and gashes. Additionally, the Aussie actor had posted a picture of himself wearing a white tank top that had a bloody hole near his heart.

Some other pictures and clips showed the fully finished look of Montgomery’s Billy Hargrove, which was a bit funny to see considering the initial process but truly horrific during the final cut — as seen on the show’s latest installment.

Montgomery joined the Netflix hit show during its second season which premiered in 2017. Although not much was seen of his character, Billy, in the second season, Billy became one of the major focuses of the third season.

He gets possessed by Mind Flayer, making him turn evil, but he eventually gets back to normal in the season finale. Nonetheless, the season ends with Billy’s death as he tries to protect his stepsister Max Hargrove – played by Sadie Sink – and her friends from the Mind Flayer in the Battle at Starcourt Mall.