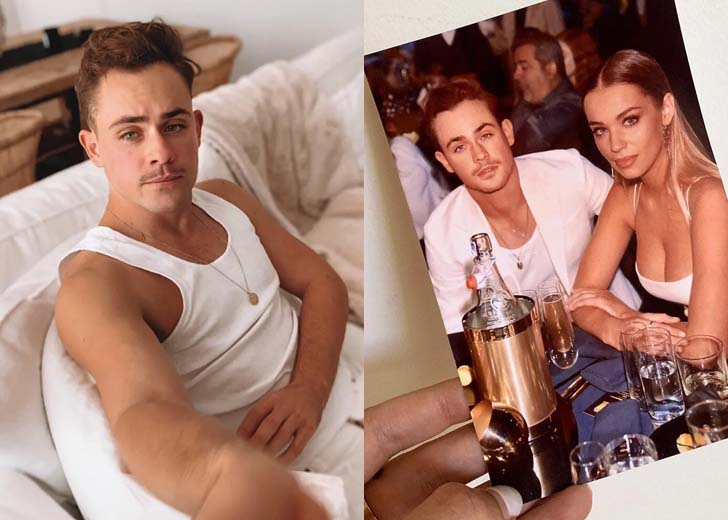 The duo has been together since 2017.

It’s no secret that Dacre Montgomery – Billy Hargrove in Stranger Things season three – has won the hearts of many ladies around the world.

But, sorry ladies, the Aussie actor is already taken! Montgomery is presently in a longtime relationship with his model girlfriend, Liv Pollock.

The pair have been together for over four years now. Here is a look at their relationship!

In a 2018 interview with The Daily Telegraph, Pollock mentioned that she first got to know her future through mutual contacts from work in Perth, Australia.

After getting to know each other, they started talking through social media platforms and developed their relationship. So they first learned about each other in 2017 and initially remained friends until things took their turn.

Her words were, “Perth being a small place, we knew each other through mutual contacts from work. Then through social media started talking, developing our relationship, and it grew from there.”

On November 27, 2017, they officially started dating. In the same interview, she even mentioned that their mutual love for design helped bond them more closely.

She said, “We are both also really passionate about design — I’m studying architecture and Dacre has studied interior design, so we were drawn to each other through our mutual love of design.”

The seriousness of their relationship could also be proven by the fact that Pollock took a gap year from her study of Architecture at the University of Western Australia in 2018 to be with her boyfriend in Atlanta — Montgomery was filming Stranger Things season three there.

After moving to the United States, she told The Daily Telegraph, “I’m having a gap year from architecture to explore and travel as I believe life experiences are an equally powerful means of learning.”

And when the Netflix show premiered, the Australian actor skyrocketed to fame. But as Pollock mentioned, his fame hasn’t affected their togetherness on any level. She said, “It doesn’t change anything, our relationship has been built on our similar values and an adventurous nature.”

“Just because his career places him within the public eye doesn’t and would never be a factor that we would let influence our relationship, nor should it,” she added.

Since Montgomery began dating his now-girlfriend, the two have always been together and supported each other in every situation and their career.

In an Instagram post on November 2, 2019, the actor expressed his love and thanked Pollock for her support of his acting career. He had posted a black and white picture of him alongside his partner and wrote a lengthy caption.

He started the caption with, “I want to use this moment (and platform) to thank [Liv Pollock] – it’s not often that partners get the recognition and appreciation for just how much they do. This woman right here is the backbone of everything I do.”

Montgomery then stated that she is the brains, the elegance, and the one who packs up her bags and moves around the world for him. “She’s the one that wakes up in a different hotel room everyday because she’s there supporting me.”

The 27-year-old actor mentioned that Pollock is the emotional support and the person that allows him to live in the present and not take some things too seriously.

“So here’s a massive thank you to partners all around the world. The people that (sometimes) don’t get the recognition for just how much they do,” he concluded.

Montgomery’s post clearly reveals that Pollock has been a vital person behind his success and has always been there for/with him. As of now, the couple has been together for over four years.

On November 27, 2021, Pollock shared a black and white picture taken at a beach with her partner to mark the occasion of their fourth dating anniversary. “Another lap around the sun with you … thank you for 4 of the best. Love you always,” she captioned the post.

With all that said, it’s for sure that Montgomery and Pollock have come a long way since they first started dating. And fans of the two are hoping for the day when Montgomery makes Pollock his wife. But, as of now, there have been no reports of them getting married anytime soon.