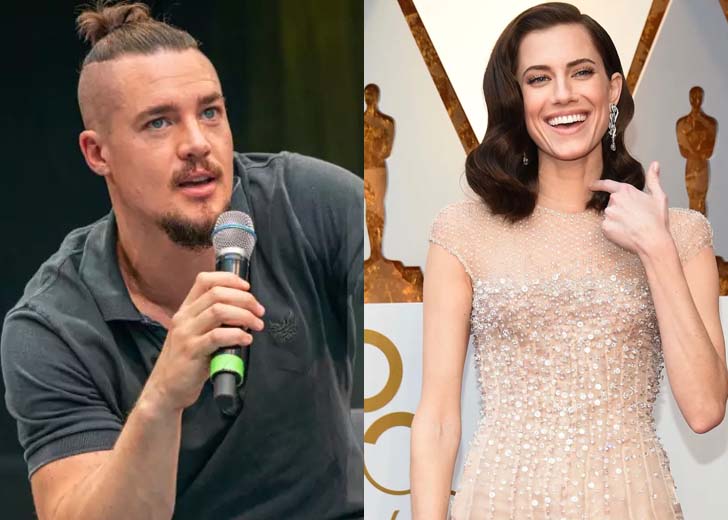 The happenings in Alexander Dreymon‘s present personal life are slowly opening up. And it has begun with the news of him being a father.

On April 25, 2022, People Magazine revealed that Dreymon had welcomed a child for the first time in his life. As for the mother, the outlet mentioned that she is an American actress named Allison Williams.

Multiple sources tipped off the outlet who stated that Dreymon and Williams had become a parent to a baby boy named Arlo this past winter. Additionally, they said that the new family of three was with their respective family members on vacation at a private resort in Abaco in the Bahamas.

A source told People, “They seemed to be very happy and very much in love.”

Similarly, one insider brought up the privateness of the two stars and said, “They are both private people individually, and they made the decision to keep this happy news to just a small circle of family and friends. But they’re over the moon.”

The source even mentioned that there was something that looked like an engagement ring on Williams’ ring finger. However, it’s not confirmed if they are engaged or not. Both of the stars’ reps declined to make any comment at the time.

It has been reported that the new parents first met each other while working together in the 2020 thriller movie Horizon Line – which started its production in late 2019. They eventually developed feelings and started dating around the same time.

“They haven’t been hiding or anything. They’ve just been doing their best to keep a low profile,” added the source of Dreymon and Williams’ relationship.

Neither of them has confirmed or gone public with their romantic relationship and the birth of their child. And it seems like they will be keeping everything under the fold until they feel the urge to make things public.

A collage picture of Alexander Dreymon and his girlfriend, Allison Williams (Photo: Shutterstock)

Before this news broke out, Dreymon’s present relationship status was unknown due to the huge privacy he had kept around his personal life. However, GLAMOUR BUFF had previously reported the actor saying he had a painter girlfriend in October 2015.

The article was published a month before it was known that Dreymon and Williams had welcomed a kid. And at the time, it was undisclosed whether or not Dreymon was still together with the said girlfriend.

Thankfully, the mystery has now been solved. It seems like The Last Kingdom star broke up with his painter girlfriend quite a while ago. And now, he is together with Williams, with whom he shares a child.

In the past, Dreymon was only involved in dating relationships (confirmed or rumored) and was never married to a wife. However, the same cannot be said for his present partner, Williams, who was once a married woman.

The actress was formerly married to Ricky Van Veen, the co-founder of CollegeHumor. They started dating around 2011 and got engaged in 2014. On September 19, 2015, they shared the wedding vows in a private ceremony held at Brush Creek Ranch in Saratoga, Wyoming.

After their wedding, the couple started residing in the Chelsea neighborhood of Manhattan, New York City. They remained a married couple for almost four years as they announced their separation on June 27, 2019, by issuing a joint statement.

Since their divorce, both seem to have moved on in their lives. Williams’s ex-husband got married to Chelsea Clinton’s business partner, Caroline Kassie, on July 11, 2021. And, of course, Williams now has Dreymon as a lovable partner.

Bryce Hall Responds to Tayler Holder's Comments about Not Knowing Him