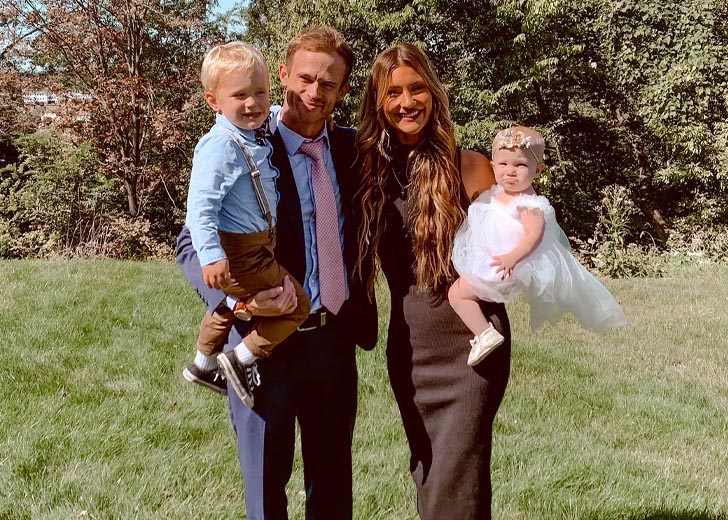 Lindsey Simon Gurk has been married for over six years.

As of now, she is more focused on her blog, The Nomis Niche, and other things such as creating fun content on TikTok. Through her ideas, she has managed to garner over 1.2 million followers and 30.2 million likes on her TikTok handle.

And while she is not doing any of the said things, she spends time at home with her longtime boyfriend turned husband Mike Gurk. Here is an in-depth look at the couple’s married life!

Lindsey and Mike first got to know each other more than a decade ago, somewhere around 2009. However, it is unknown under what conditions they first met each other or if they knew each other through mutual friends.

As time passed, the two went on to become best friends and their friendship later turned into a relationship after they started dating. Over the years, they had some highs and lows but their efforts continued and so did their help and support for each other on every occasion.

After years of togetherness, they finally decided it was time to settle down together. Around six years after they initially started their bond, on August 8, 2015, Lindsey and Mike shared the wedding vows.

The wedding ceremony seemed to be held in the backyard of either of their house — as hinted by their wedding picture. Close friends and family members were there to witness the exchange of their vows.

Although married, their love and care for each other have never faded away as they continue to live together happily. The love birds celebrated their sixth wedding anniversary last year’s August 8.

She could also be seen sharing numerous pictures with her life partner. And it gets better when the married couple makes amazing TikTok videos for fun. On this year’s August 8, they will mark their seventh wedding anniversary.

In the several years that Lindsey and Mike were together before their marriage, the couple was yet to welcome any children. And that happened after almost three years of their wedding.

On December 2, 2017, Lindsey announced that she was pregnant through the live telecast show she used to work in at the time — Las Vegas Now. On June 27, 2018, she gave birth to her first child with Mike, a son named Oliver Anthony Gurk.

She announced the news on the same day and marked it as the “Happiest day of our lives.” Over two years after the duo welcomed their first child, their family expanded again. On October 5, 2020, Lindsey gave birth to her second child, a daughter named Penny Angela Gurk.

On the next day, she shared some snaps of her holding her baby girl with her husband shedding tears of joy in the background. Since the birth of their both child, the couple has been over the moon with happiness.

Lindsey could be seen flaunting multiple pictures alongside her young ones and her husband. The family of four recently moved from Las Vegas, Nevada to Lindsey’s home town of Pittsburgh, Pennsylvania. As of now, their son is over 3-year-old and their daughter recently completed one year of age.