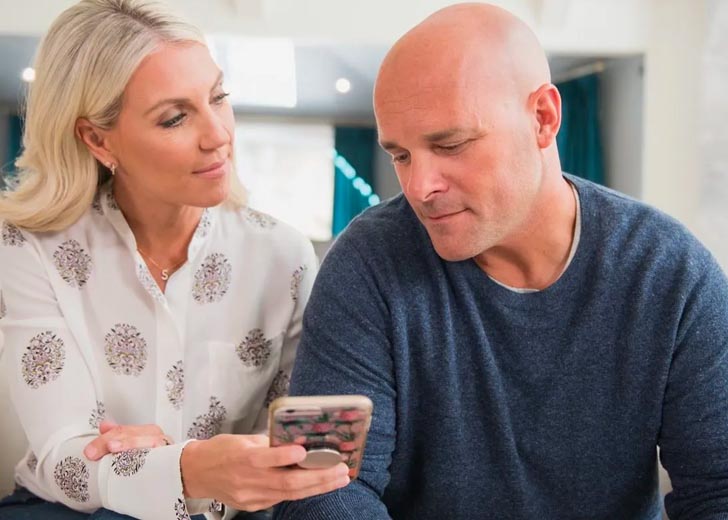 If you are a fan of renovation shows from HGTV, then you must have watched Renovation Island or Island of Bryan and saw the duo of Bryan Baeumler and Sarah Baeumler do wonders to fix things up.

The two’s renovation works on the show had already caught the attention of millions of Canadians, where the show first aired, but it’s now garnering the love from the American audiences as well.

Renovation Island followed the married couple on their dream journey to renovate a resort in the Bahamas. And along with the renovations, the show also featured the Baeumler’s family life, consisting of the couple and their children.

In addition, some tense moments between Bryan and Sarah were shown that caught the attention of the audience. Those tense moments were due to heavy work and differences in opinion about design and construction. And it resulted in a communication gap between the two.

Thankfully, all of that is sorted out now, and things are getting back to where it was. Here is an in-depth look at Bryan and Sarah’s marital relationship and more!

Bryan and Sarah’s love story is an interesting one. The now-married duo first met each other during their high school days — Bryan was in his senior year whereas Sarah was in her freshman year.

They weren’t exactly high school sweethearts as they never dated during that period. However, it all started almost a decade later when one of their mutual friends CC’d them on an email.

While talking to TRNTO, Sarah went into the details and said, “In 2001, we were both copied on an email from a mutual friend, which was the catalyst for us to begin talking again, and we decided to reunite over coffee after work.”

For their first date in September 2001, Bryan went all out and took his future wife to watch The Lion King theatre production and then took her out for a sushi dinner. Bryan’s efforts truly impressed Sarah, resulting in the two seeing each other more often and eventually dating.

After being in a relationship for a long time, Bryan thought it was time to propose to his then-girlfriend and planned everything. However, things didn’t go as well as the renovation expert had planned.

Sarah recalled the moment in her 2016 interview with Post City Toronto and said, “He [Bryan] had planned to propose while we were on this beautiful scenic hike beside the ocean. The views and scenery are usually breathtaking.”

“However, on this particular day it was so foggy you could hardly see 20 feet in front of you. We ended up heading home and, on our way back, got a flat tire! Needless to say, it wasn’t the romantic journey Bryan was expecting, so he waited until later that night to pop the question.”

Fortunately, everything went well during their dinner. He went down on his knees and popped the question. Sarah said yes and they got engaged. And three years after they initially started dating, they agreed to tie the knots.

On September 3, 2004, Bryan and Sarah walked down the aisle to share the wedding vows and officially become a husband and wife duo. Their wedding was held at the Graydon Hall Manor in Toronto.

Since they got married, the two’s togetherness has been stronger than ever, and with more love and affection for each other. They are still working on making their relationship better and balancing everything — from their work to family time.

During their interview with Toronto Home Shows, Bryan and Sarah shared some tips on juggling different things in life. They said, “Don’t sweat the small stuff. Be nice to each other and love your kids. Get a job you love and you’ll never have to work a day in your life!”

Additionally, they try to spend more time with each other to make their relationship strong. In her interview with Vancouver Mom, Sarah said mentioned that their children understand that “Mommy and Daddy need time to be adults and friends to one another.”

Explaining more, she told that it’s quite easy to fully give yourself over to your kids, but one thing she and Bryan have emphasized to their children is that it is important for parents “to put time and love into [their] own friendship.”

Bryan Baeumler and Sarah Baeumler are parents to four children

In her June 14, 2016 interview with Post City Toronto, Sarah mentioned that their oldest child Quintyn is 11, Charlotte is eight and about to turn nine, Lincoln is five years of age, and their youngest child Josephine is three.

All of Bryan and Sarah’s four children were initially raised in the suburbs of Toronto until the family of six decided to move to the Bahamas to renovate a resort on a remote island of South Andros with whom the Baeumlers fell in love during their 2017 trip to the Bahamas.

Everything was hard for the family at the start. As per House Beautiful, the married couple decided to homeschool their three younger children during the initial days. However, as the renovation works started, they became so busy that they had no time for homeschooling.

As a result, the two decided to send their younger children to a local school in the Bahamas. Coming over to their oldest child, Bryan and Sarah wanted to give Quintyn a normal high school experience and thus enrolled him at a boarding school — a 20-minutes flight from their island.

As of now, the Baeumlers’ home base is located in Florida. But, when the kids have free time, they would often go to accompany their parents to help and spend a lovely time with them which could be witnessed through the show and Sarah’s Instagram handle.