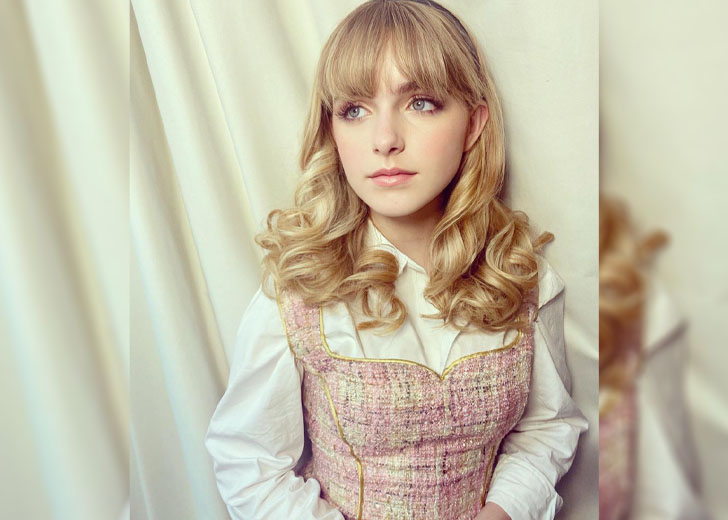 Mckenna Grace is a talented American child actress who has been rising to prominence through her performances. She is best known for her portrayals in Gifted, The Haunting of Hill House, Designated Survivor, and The Handmaid’s Tale.

Besides, her acting skills were enough for The Hollywood Reporter to name her one of the “Top 30 Stars Under Age 18” in 2018 and 2019, respectively. Recently, she was seen playing the lead role of Phoebe in Ghostbusters: Afterlife, released on November 19, 2021.

Below are facts about Grace’s age, net worth, boyfriend, height, and more!

How Old Is Mckenna Grace?

Grace is currently 15 years of age. She celebrates her birthday on 25th June every year.

On this year’s June 25, she celebrated her 15th birthday. On that day, she shared a clip of her blowing birthday candles whilst Taylor Swift’s hit song, ‘Fifteen,’ played in the background.

“15!!!! and yes…i’ve already danced around the room and dramatically sang to taylor’s fifteen! (i plan on doing this all day/year),” she captioned her post.

Born in the year 2006, she was raised in the suburbs of Grapevine, Texas. Her zodiac sign is Cancer.

As for her parents, she is the daughter of John Ross Burge and Crystal Nicole Burge. Mckenna’s parents are behind her success as they have always supported her dream to be an actress since she was a child.

Currently, not much is known about her parents as she prefers to keep her family life out of her limelight. Nonetheless, reports suggest that her father is an Orthopedic surgeon in Texas.

As for if she has any siblings or not, it seems like she is an only child. But, there were rumors that Mckenna Grace and Kiernan Shipka were related and might be siblings.

However, it’s only rumors which started when Grace played a younger version of Shipka’s character, Sabrina Spellman, in the TV show, Chilling Adventures of Sabrina.

How Much Is Mckenna Grace’s Net Worth?

As per Celebrity Net Worth, the Captain Marvel star has amassed a healthy net worth of $2 million. Most of her earnings are thanks to her acting career, which has uplifted even more in recent years.

Speaking more of that same uplifting career, she made her debut in 2012 through the TV show Crash & Bernstein. Initially, she played smaller roles in various movies and TV shows. As her experience increased, she began to land big roles.

She got her first big break in 2013 when she played the role of Faith Newman in the show The Young and the Restless (2013-15). Since then, she has never looked back and has continued to move forward.

Is Mckenna Grace Dating a Boyfriend?

Grace is reportedly single as of this writing and doesn’t have a boyfriend. The child actress is relishing her singlehood days as witnessed through her Instagram handle.

She has shown no sign of her being in a relationship whatsoever. Similarly, there have been no reports of her dating someone in the past too.

It seems she is giving her full focus on her career and leaving the relationship topic for the future.

How Tall Is Mckenna Grace?

As for a 15-year-old, Grace stands at an average height of 5 feet or 1.52 meters. But, it will change in the upcoming years as she grows old.

In addition, she reportedly weighs around 45 kg or 99 lbs and has a slim body. Her other distinctive features are blonde hair, blue eyes, thin lips, deep-set eyes, and an adorable personality.

Posted on June 5, 2021June 5, 2021
Amita Suman is an aspiring actress who is most popular for her role in the Netflix series Shadow and Bone. The actress has received...
Read More