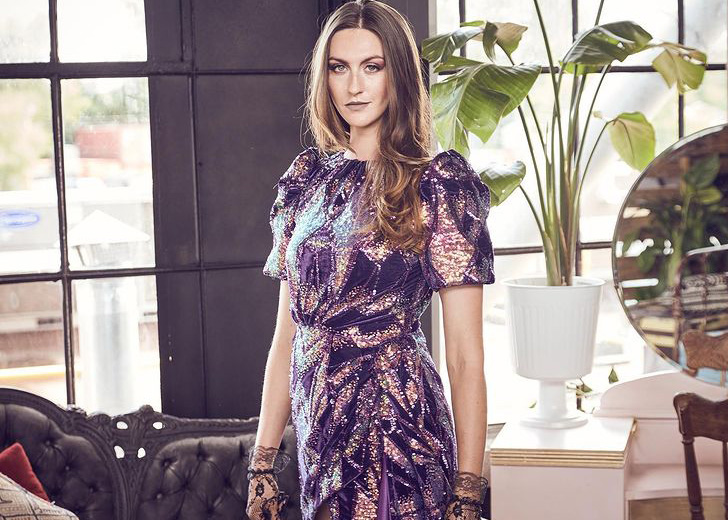 Avaah Blackwell is a talented Canadian actress and stunt performer who recently made her appearance in the 2021 movie, Resident Evil: Welcome to Raccoon City. In it, she portrayed the role of Zombie.

While the actress has maintained a public life in terms of her profession, the same could not be said when it comes to her personal life. In fact, she is rather private about her relationships.

Blackwell, who stands at a height of 5 feet 11 inches, is yet to get married to a husband, as of this writing. Similarly, there have been no reports of her sharing the wedding vows anytime soon.

Going by that, it seems like the fans of the actress have to wait for some more years until Blackwell decides it’s time for her to walk down the aisle.

But, does she have a boyfriend with whom she might get married? Is she currently dating anyone? To answer that, Blackwell’s present relationship status seems to be single.

She hasn’t given any sort of hints that might lead people in thinking that she might be dating. In addition, she hasn’t posted any pictures with a man alongside her on her social media handles. There are only pictures related to her day-to-day and professional life.

Furthermore, the actress had even mentioned that she is taking some much-needed time off dating during her interview with Crookes Magazine, in November 2020. In the interview, she was asked if there is a personal fear that she would like to conquer.

In reply, she first said, “Okay, this is a vulnerable one and I am in the midst of conquering it! It’s not so much a fear, as a..well I guess you could say a habit.” She then mentioned that she has taken some time to be so single. “Like – very, very, very, single,” Blackwell further added.

Well, it looks like the Calgary, Alberta native is following the same ideology of hers and relishing her singlehood.

Presently, there is not much information as to who Blackwell, age 31, was dating in the past. Very few details have surfaced about the topic, which is missing some key details — the names of her ex-boyfriends and their dating timeline.

Besides, that information was also provided by the actress herself during her above-mentioned interview. During that interview, she stated that she was in two very intense long-term relationships over the past 10 years and that she ended her last relationship just before the pandemic started.

“I was in two very intense long-term relationships over the past 10 years and I ended the last one right before the world as we knew it ended.”

As she went on, she mentioned that quarantine helped her with the initial recovery, and now that the world is getting back to normal once again, she is committing to being single for some more time.

In the same part, she also encouraged other people who have the opportunity to do the same and “to take some time away from dating and relationships and really get to know themselves again at a base level.”

She continued her statement, “It takes a lot of effort at the beginning! It’s not so much a fear that I am conquering, but rather venturing out into the unknown to get a truer feel for my potential, and see who I am without a partner’s influence.”

“And truth be told – I’m way cooler than I thought! I realized I like myself a lot and I’m proud of who I am and who I am becoming,” she added. Furthermore, she said that she feels more grounded in her decisions and free to explore what she likes and cares about.

“Super focused on me, my family, my friends, my career, and helping out causes I care about when I can. Everything you want is on the other side of fear. Remember that,” she concluded her statement.

Posted on February 13, 2022February 13, 2022
Netflix comedy-drama series The Baby-Sitters Club (The BSC) has managed to gain widespread fame and attract viewers from all around the world. Perhaps that’s...
Read More