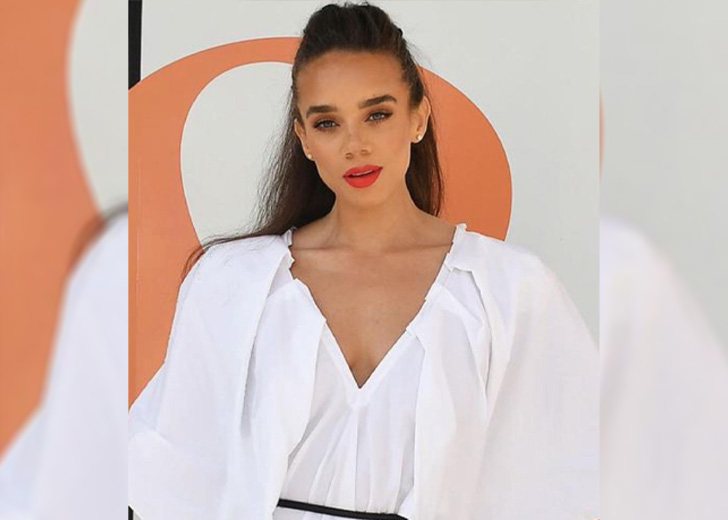 British actress Hannah John-Kamen has been on the top of the game thanks to her acting skills. She is known for her portrayals in Star Wars: Episode VII – The Force Awakens, Black Mirror, and Tomb Raider.

In addition, her performances in Ready Player One, Ant-Man and the Wasp, and Killjoys have been nothing but brilliant. Recently, she appeared as Jill Valentine in the Si-Fi horror movie, Resident Evil: Welcome to Raccoon City.

While there is no denying the actress has made a name for herself, she isn’t the only one in her family who has gained success. Her parents are also quite successful who have made names through their respective career lines.

Who Are Hannah John-Kamen’s Parents?

Born as Hannah Dominique E. John-Kamen, she is the daughter of her mother, Astri ‘Hansen’ John-Kamen, and her father, Johnny John-Kamen. While her father is a Nigerian, her mother is Norwegian. Due to that, Hannah is multiracial.

Coming over to her parents’ professions, her mother is a former fashion model. Similarly, her father is a forensic psychologist father. Both of them have earned decent success from their respective professions.

Hannah John-Kamen Has High Praises for Her Parents

During her interview with Interview Magazine, in January 2017, John-Kamen, age 32, mentioned that her parents have been very supportive of whatever she wants to do and have completely nurtured that. “and they’re so proud of that as well,” she added.

Continuing her statement, she told that her father used to leave his psychology hat at the door and put on his “dad hat” whenever he came into the house. She then said, “It’s amazing having my dad have that awesome job.”

Following that, she began talking about her mother. First off, she stated that her mother was a model in her early days and that she has seen her mother’s modeling pictures. “My mother’s beautiful,” she said.

Later, at the end of the interview, she was asked about her auditioning philosophy. In reply, she quoted a line that her father had told her, “Keep your feet on the ground” which has given her some confidence to go and give auditions.

John-Kamen also didn’t hold her praises for her father during her 2020 interview with Evening Standard. In that interview, she mentioned an instance of when her father boosted her confidence while she was about to go audition for the role in Ready Player One in 2017.

She told the outlet, “I had been playing it cool all the way there [in Los Angeles] and didn’t even tell my parents I was going. Then when I said my name at reception it didn’t feel real.” She panicked and immediately went to the bathroom and called her dad.

During that time, her father was back home in England and it was the middle of the night. Nonetheless, her father answered the call, calmed her down, and asked her if there was a mirror nearby her.

When she said there was one, he told her to look in it and said, “You are Hannah John-Kamen, you are going to be fine, you are my daughter. Just be yourself, I love you and call me afterwards.”

The motivation from her father worked and she went to do the audition and eventually got the role.

The 5 feet 6 inches tall actress is not the only child of her parents, in fact, she is the youngest of three children. John-Kamen has two older siblings; a brother, the oldest, and a sister, the middle child.

As of this writing, the names of her siblings are unknown. Nonetheless, the Game of Thrones star has mentioned that her sister is a psychologist and her brother is a musician, who is “very musically talented.”