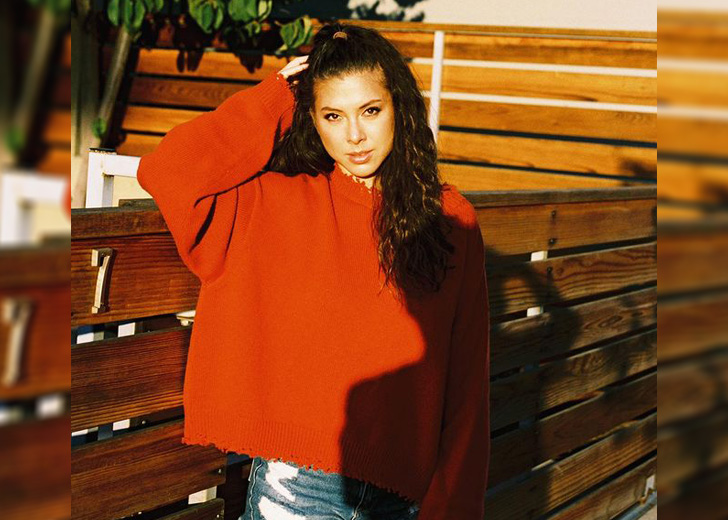 Laur Allen is an American-born multi-ethnic actress who came into the limelight for her portrayal of Juliet Helton in the TV series titled The Young and the Restless. She came into the show in 2017 and remained till 2018, appearing in a total of 92 episodes.

After her rise to fame, she has appeared in a number of movies. Soon, she will be playing the role of Haley in the movie, Christmas at the Ranch, a Christmas-themed rom-com that will release on December 1, 2021.

Here is everything we know about her, including her age, bio, Wikipedia, height, personal life, and more!

How Old Is Laur Allen? Her Wiki

Allen has kept the details of her age up to herself only. Due to that, her exact age is currently unknown. Nonetheless, it can be assumed that she is in her late 20s or early 30s.

Her zodiac sign is Pisces. Additionally, her birth name is Lauren Allen – “Laur” is just a nickname of her first name and “Allen” is her British grandmother’s maiden name which she took.

She was born in Los Angeles. She is of mixed ethnicity — she is half Chinese, half Caucasian, and has British roots from her grandmother’s side.

Coming over to her family life, she has kept most of the details on her family under the wraps. Having said that, she has shared multiple pictures alongside some of her mother, grandmother, and others via Instagram, whilst maintaining secrecy over their identity.

While the details of her age and parents remain hidden, there is no secrecy over the actress’s education. Allen was an avid student from an early age and completed high school with good grades.

In 2017, while she was working on The Young and the Restless, she joined the USC Gould School of Law to educate herself about the entertainment industry from a legal perspective. She graduated in 2020. Recently, she was admitted as a member of the State Bar of California.

Besides all of that, she has also gone to a sniper school and regularly trains in tactical pistol and sniping.

She first began using Instagram in late 2012. There, she goes by the username of @itslaur_allen. Currently, she has 319 posts and over 10,800 followers.

How Tall Is Laur Allen?

As per Allen’s online resume, she stands at an average height of 5 feet 5 inches or 1.65 meters and weighs around 50.8 kg or 112 lbs. Her body measurements are presently not available. Her other physical attributes are Brown eyes and brown long hair.

Is Laur Allen Married to a Husband?

The Odious star is yet to be married and settle down with a husband, as of this writing. However, that doesn’t mean she doesn’t have a companion of a significant other.

Allen is presently in a long-term relationship with her boyfriend named James Thomas Chung. The details of her partner are not disclosed as of now.

After having an in-depth look into her Instagram handle, it is known that the actress and her boyfriend have been dating each other since early 2016. Allen usually shares several pictures alongside her partner.

The couple could be seen going on vacations to different places, attending events, festivals, as well as their friend’s wedding, taking their pet to the beach, dressing up for Halloween, and so on.

For instance, on November 1, 2018, Allen shared some pictures alongside her partner and her pet dog, Amber, in which all of them were dressed up for Halloween.

Following that, the actress hasn’t shared many pictures alongside her beau, letting people think if they have split. However, no such news of their breakup has been reported. Furthermore, if they have broken up, the pictures of her boyfriend wouldn’t be still on her Instagram handle.

Perhaps, Allen might be keeping her romantic relationship private, now that she has been garnering fame.

Allen started off her career participating in beauty pageants. She first participated in Miss Los Angeles Chinatown, which she ended up winning, making her the first mixed-ethnicity queen in the pageant’s history.

Afterward, she represented Los Angeles in the Miss Chinese International pageant. In that competition, she made it to the top 7 and won the Miss Congeniality title. Later on, her path changed and she decided to look into acting.

Her first job in the entertainment industry came in 2012 as a production assistant in the TV series titled Stevie TV. Through the same show, she also made her acting debut — appeared in three episodes as Lauren Weinberger.

Following that, she did some small gigs in movies like Black Tiger: Hunter Hunted, Memory Transfer, Saturday Night Taped, and Odious. Her first big break came in 2017 after she was cast as Juliet Helton in the show The Young and the Restless.

From 2018 to 2020, she only appeared in a few acting gigs including Faith Need Not Change Her Gown, Season of Love, Lumpia with a Vengeance, and Almost Super.

Currently, she has four upcoming acting gigs in line — Aimee, Moto Nostra: GR224, Christmas at the Ranch, and A Little House in Aberdeen.

Tags: Christmas at the Ranch,Laur Allen