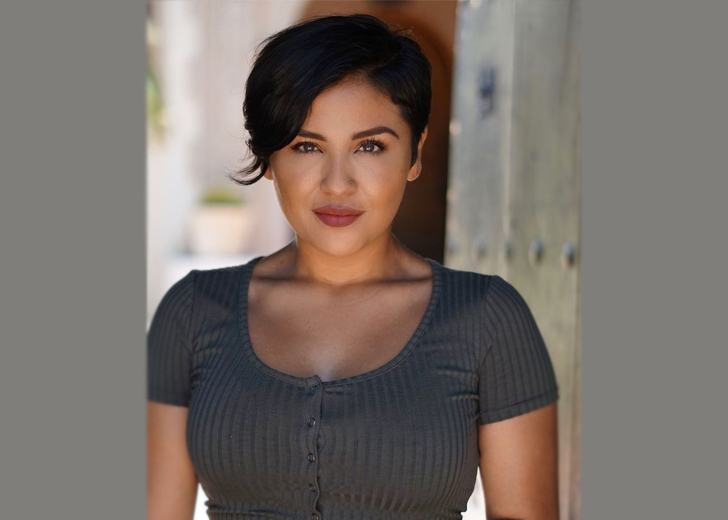 Annie Gonzalez is an aspiring American actress who is best known for her appearance in the Netflix drama-comedy series Gentefied. In it, she portrays the role of Lidia Solis, a highly educated girlfriend who is pregnant with Erik Morales’ (played by actor J.J. Soria) baby.

Gonzalez has been very secretive about most of the things of her life, that includes her age. To this date, the actress has never mentioned the year of her birth, resulting in her exact age being unknown.

She also went on to thank everyone who shared any piece of “love and light” with her and say that she is always doing her best.

Annie Gonzalez Is the First Child of Her Parents

Gonzalez is the first child of her parents, Gabriel Gonzalez and America Duarte. While her father is a Grammy award-winning singer-songwriter and a member of the La Verdad band, the profession of her mother remains unknown.

The actress had previously mentioned that her mother was a single mother. While talking about her Gentefied’s character with Black Girl Nerds, she said, “I’m finding so much healing through Lidia’s story because she reminds me of my mom, who was a single parent.”

However, other than that, she didn’t dive deep into other details and the topic remains unearthed.

Apart from her parents, she has three younger siblings: two brothers named Sebastian Gonzalez and Xol Gonzalez, and one sister named Natalia Gonzalez. Sebastian is a film teacher and Xol is an aspiring film director. As for her sister, she is an aspiring musician.

All of the family members have a close bond with each other and they could be seen sharing pictures alongside each other via their respective Instagram handles. Presently, her parents and her younger sister reside in City Terrace, California.

How Tall Is Annie Gonzalez?

As said earlier, Gonzalez is yet to disclose many details about herself, that includes her height. While some online outlets have mentioned her height as 5 feet 1 inch, some have reported that she is 5 feet 5 inches tall.

However, the exact figure could not be said as of now without any confirmation. The same thing can be said about her weight.

Nonetheless, going through her pictures on her social media handles, it can be assumed that she has a fair height and weight.

How Much Is Annie Gonzalez’s Net Worth?

Ever since she made her acting debut in 2002, through the TV series Comedy Kids, Gonzalez has only looked forward. Though she only played small or uncredited roles in the starting phase of her career, it has been changing now.

She currently sits with 22 acting credits in her IMDb profile, with four more to be added in the upcoming time. Considering all of that, it must be sure that she has been earning well and has a decent net worth too.

So, how much is her net worth? Well, Annie Gonzalez’s present net worth is yet to be disclosed and it might take some time before it gets revealed.