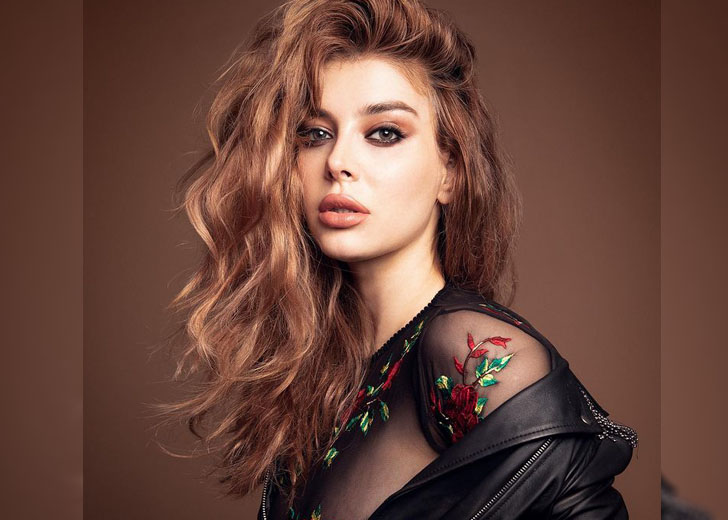 Although she struggled at first, she now has managed to make a name for herself in the entertainment industry. As of now, she sits with 33 acting credits to her IMDb profile.

While her success story remains there, it was her parents who helped as well as supporting her in her way up to the top. Interestingly, there is also a story of hers that she did in her childhood, that eventually helped her in acting.

Before we go any further, let’s first know who Satine’s parents are. Her father was in the textile business whereas her mother is an opera singer. The key details such as their name still remain a mystery.

As a child, Satine was fascinated by her mother’s profession. Besides, she had even followed a little of her footsteps and joined a Georgian pop band named Nergebi — she was five at that time. The band was a children-only group.

With the group, the now-actress toured Europe — which her parents had approved. When she was 9-year-old, she left the group and decided to go solo. In that journey too, her parents supported her.

Although she was done fine as a solo artist, her focus changed again and this time it was on acting. To do so, she did a pretty big thing. When her mother had to travel to New York for some business-related works, she snuck out and auditioned for the Professional Performing Arts School.

At that time, she was only 12 years of age. In that audition, she surprisingly did very well and the Arts School loved her performance so much that they offered her admission right at the spot.

Though she had earned the admission through her talent only, she first had to tell her parents what she did and convince them. After a tough convincing, her parents didn’t step into their daughter’s dream and allowed her to study there.

She moved to New York City while her family stayed back in Europe. And, not letting down her parents’ support, she graduated from the acting program at the age of 16. Upon graduation, she moved to Russia and attended Moscow Art Theatre School.

When she finally began acting on a professional level, she struggled for a bit, playing only minor characters. However, things eventually changed and she began to book major roles in several movies and TV shows.

Well, going by that, it can certainly be said that Satine’s parents had a major hand behind her success. And, if they had declined her request to study at New York’s Art School, she might not be at where she is now.

Currently, the actress relishes a flourishing career in the acting sector and has also earned a decent net worth of $3 million, as per Celebrity Net Worth.

Details on Her Age and Height

Satine is presently 34 years of age. She celebrates her birthday on the 24th of November every year.

She was born in 1987 in Tbilisi, Georgian SSR, USSR (now known as Republic of Georgia). She goes by the birth name of Elena Marié Satine and the nickname of Elle. As per her date of birth, her zodiac sign is Sagittarius.