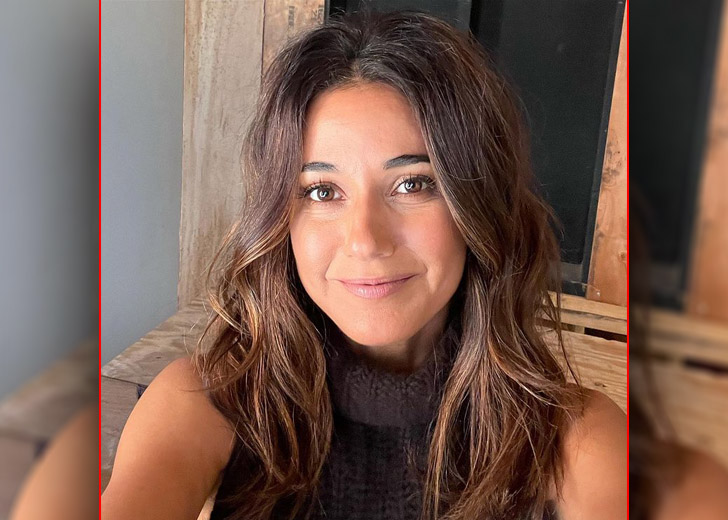 Canadian actress Emmanuelle Chriqui had previously expressed her desire not to have kids but to adopt one while she was still together with her then-boyfriend Adrian Bellani, aka Gerardo Celasco.

During a conversation with Maria Menounos in June 2016, she mentioned, “You know when people have that feeling about wanting to have a kid? I have that feeling when I think about having a little baby that needs a home. I really believe that I could love that baby as my own.”

Chriqui came up with the thought of adopting a kid after she visited Congo, where she had gone to one orphanage deep into the city. While she was there, she saw four babies per crip who were the kids of “mothers that had been r*ped and then just abandoned.”

“Some of them were HIV positive. The most beautiful, precious little souls that I’ve ever seen. And I just couldn’t conceive of having my own,” she further added.

Chriqui, who also said she was wary of getting pregnant due to her family history, concluded by saying, “The big answer is I don’t know what the hell the future has planned, but I do know that most likely, adoption is in my future.”

As of this writing, the actress has yet to achieve her desire to adopt a child.

The Mentalist actress is yet to share the wedding vows with a husband. However, that doesn’t mean that she doesn’t have a partner.

Chriqui is presently in a romantic relationship with an American actor named Sam Trammell. The duo has been dating each other for over a year and seems to be happy with their togetherness.

Trammell – who was previously dating actress Missy Yager and shares twin sons with her – could be seen sharing several pictures with his present girlfriend. The same can be said for Chriqui.

Although it’s not known when and how the couple met or since when they were dating, the actress mentioned her partner on Instagram for the first time on October 17, 2020. She shared a picture of flowers that Trammell had sent her.

“I got sunshine on a cloudy day… from my sweet love @samtrammellofficial. Wishing you a beautiful weekend ahead..xxxE,” she captioned her post.

On April 30, 2021, she featured her boyfriend for the first time whilst sharing some snaps from the duo’s four days trip to Snoqualmie in Washington state. As per her caption, it was the first time she had met Trammell since January 2021.

Since then, the actress has occasionally posted pictures alongside her partner, which are mostly from their short trips and other occasions.

Chriqui recently celebrated her 46th birthday with her boyfriend by her side. On the occasion of her birthday, December 10, the actor took to his Instagram handle to share a selfie with his partner and wish her a happy birthday.

“HAPPY BIRTHDAY to my love!! You bring me so much joy. So many laughs. Depth. Wisdom. You are so beautiful inside and out and I’m so grateful to have you in my life,” he wrote in the caption.

On Tuesday, December 14, Chriqui posted a snap with her boyfriend, taking a day after her 46th birthday. She first wrote “a cozy yummy brunch with my favorite person on earth” and went on to thank her well-wishers for the birthday wishes.

Going by all of that, it seems like the couple is enjoying each other’s company, and their fans will see more of them in the future.

Before being in a relationship with Trammell, Chriqui was dating a few men in the past.

First off, back in 2002, it was rumored that she was in a relationship with the NSYNC member J.C. Chasez. However, the rumors stayed the same as no official confirmation came.

The speculations also ended after the actress started dating her Wrong Turn co-star Jeremy Sisto. However, their togetherness only lasted for a year as they began dating in 2002 and parted ways in 2003.

Three years later, in 2006, she was in a brief relationship with Clifton Collins Jr., an American actor.

Following that, there was a quietness around her love life, until 2013, when she started dating another American actor named Adrian Bellani (stage name), whose real name is Gerardo Celasco.

The two had met each other through a mutual friend and known for quite a time before forming a relationship. After they began dating, they were together for several years and often used to flaunt pictures alongside each other via Instagram.

However, as they weren’t meant to be together forever, they eventually parted ways around early or mid-2017. The pictures of them together have also been deleted. Presently, only one picture of them together remains on Chriqui’s Instagram handle, posted on December 15, 2016.

After her split with Bellani, it looks like she stayed off the dating for a while and came back when she found her present boyfriend.