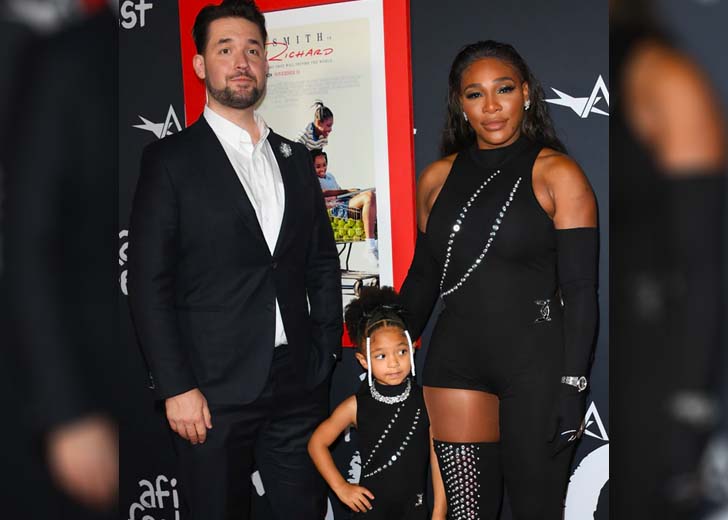 Serena Williams previously stated that she does not want to be pregnant as an athlete again. So her retirement could be due to her pregnancy.

Tennis player Serena Williams has announced her retirement. She emphasized her family in her announcement, writing that her nearly five-year-old daughter wants to be an older sister, sparking speculation that she is pregnant.

She is preparing to call it quits after the 2022 U.S. Open. The pro athlete confirmed her decision in a recent interview with Vogue, as she gave her all as the cover girl for the magazine’s September 2022 Issue.

During the interview, Williams discussed being at a crossroads in her career and with her family.

She said, “I never wanted to have to choose between tennis and having a family. In my opinion, it is not fair. If I were a guy, I’d be out there playing and winning while my wife did the physical labor of raising our family.”

“Do not misunderstand me. I love being a woman, and Olympia’s pregnancy was a joy to witness. Many people are unaware that I won the Australian Open in 2017 while two months pregnant. But, on September 26, I’ll turn 41, and something got to give,” she continued.

Serena Williams announced her retirement to devote her time to her family.

Williams has also shifted her focus from tennis to other things that are important to her. Moreover, she added in an Instagram post on Tuesday that she has to focus on being a mom and her spiritual goals.

In addition, the tennis player told Vogue that she and her daughter, whom she shares with her husband Alexis Ohanian, were in a car. Her daughter was interacting with an educational app on her phone.

This robot voice inquires, “What do you want to be when you grow up?” And she answers the phone in hushed tones, saying, “I want to be a big sister.”

Williams also revealed she never considered having children earlier in her career. With all the problems in the world, she used to wonder if she would ever have children. She had never felt confident or at ease around babies or children, and she reasoned that if she ever did have a baby, she would have people taking care of it around the clock.

Furthermore, Williams stated that she and her husband Alexis tried to have another child last year. They recently received information from my doctor that put her mind at ease and made her feel that they could add to our family whenever they were ready. She does not want to be pregnant as an athlete again, and she needs to be two feet in or two feet out of tennis.

Her decision to retire from tennis after the U.S. Open suggests a pregnancy announcement imminent. The sportswoman hasn’t revealed what she expects, so this is just conjecture as of the time of writing.

Similarly, many believe she was showing signs of early pregnancy during the tournament, which has fueled rumors that she is pregnant.

Following the rumors, one person said, “Saying it for records #SerenaWilliams is pregnant right now.”

Similarly, another person tweeted, “Is Serena Williams expecting a child? Is there a bump beneath all those sparkles?”