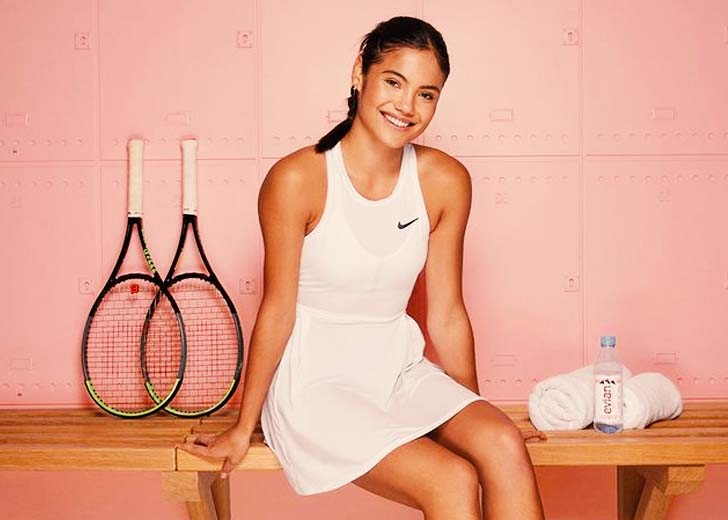 What a year 2021 proved to be for Emma Raducanu. The tennis player, who was born in Toronto, Canada but represented Great Britain on the main stage, started 2021 as rank 343 in the world. Fast forward a year, and she’s now ranked 18, representing her meteoric rise to the fore. In addition to now being one of the most desirable and wholesome personalities, that hopefully in time will be regarded as highly as sports stars like Tom Brady.

It’s fair to say that before the US Open last year, many casuals wouldn’t have known who Emma Raducanu was or what sport she plays. But, boy, did they know who she was after the tournament. Raducanu very much announced herself on the world stage after dispatching the likes of Stefanie Vogele, Zhang Shuai, Sara Sorribes Tormo, Shelby Rogers, Belinda Bencic, and Maria Sakkari en route to the final, without dropping a single set.

In the all-teen final, which was the first since Serena Williams and Martina Hingis in 1999, Raducanu beat Leylah Fernandez in two sets. So, not only had she made it to the final without dropping a set, she won the US Open blemish free too. Naturally, Raducanu reaped the rewards of her victory, such as flying up the rankings to 23rd and being declared British No. 1.

Raducanu’s achievements not only captured the United Kingdom but the sporting world in general, and it came as no surprise to see her receive the prestigious accolade of being named the BBC Sports Personality of the Year for 2021. Raducanu, who headed into the vote as the firm favorite, beat off strong competition from Tom Daley and Adam Peaty to secure the crown.

Over the years, you could say that there has been no shortage of promising individuals who haven’t been able to realize their full potential, but the signs are good for Raducanu, who has achieved more than most in such a short space of time. And, at nineteen years old, the world is very much at her feet.

After a stellar 2021, 2022 looks set to be another busy but big year for Raducanu. She starts the new year as an MBE after being named on the honors list for her services to tennis. First on her agenda is taking part in her first Grand Slam event since winning the US Open in September. She benefits from a warm-up tournament first at the Sydney Tennis Classic, but there is already significant disruption due to a late change in opponent.

Because of her achievements, it won’t just be 2022, where the eyes of the world will be on Raducanu and how she does. The world number eighteen’s career will be scrutinized for many years to come. Many are tipping the current US Open champion to fair well. She heads into the Australian Open with an outside chance behind the likes of Ashleigh Barty, Naomi Osaka, and Garbine Muguruza. But you couldn’t really put it past her upsetting the odds once again, especially after the events of last September.

How to Choose an Exchange for Options Trading in the UK?