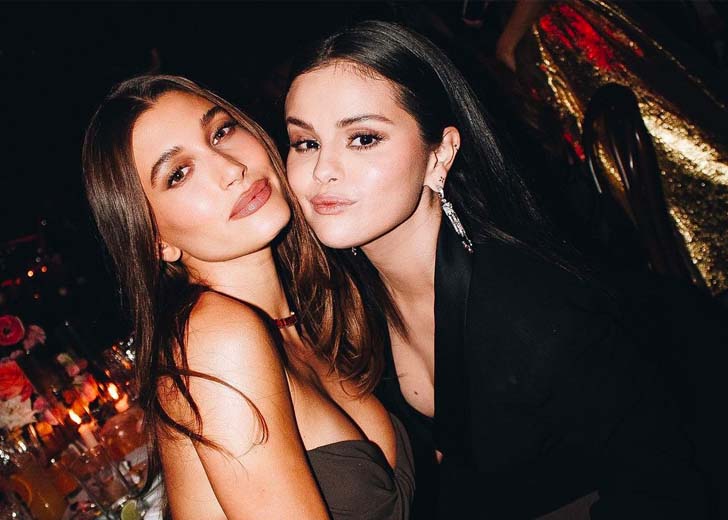 Selena Gomez and Hailey Bieber stunned the internet yesterday after the pair took a picture together at the Academy Music Gala. It soon went viral, and the two were trending on Twitter for hours.

There were rumors of feuds because of their relationship history with Justin Bieber. Gomez and Justin were once the “it couple” on the internet while they were dating back in the early 2010s.

Hailey is currently married to the ‘Peaches’ singer and often faces backlash for being his wife. As a result, the two women have been pitted against each other for years.

Selena Gomez and Hailey Bieber pose for photos together at the Academy Museum Gala. pic.twitter.com/6sr5NpjI1A

But once Gomez and Hailey took pictures together, grinning at the camera, they proved to the world that they were not enemies.

Gomez and Hailey attended the 2022 Academy Museum Gala in Los Angeles on October 15, looking gorgeous as ever. The singer donned a jet-black pantsuit, whereas Hailey wore a two-piece brown bodycon dress.

The pair arrived at the event separately, and Justin was nowhere to be seen at the event. During the Gala, Tyrell Hampton took the women’s joint photos, which show them sitting close together and smiling.

The Rolex-sponsored event was the most high-profile event both had attended at the same time. Hampton posted one of his photos of the women on Instagram on October 16, 2022.

In the picture, Hailey seems to be sitting down with her hands on her legs. On the other hand, Gomez is pouting at the camera and has her hands on the model’s thighs.

Hampton captioned the picture as a “plot twist,” and it soon went viral on the internet. To say it broke the internet is an understatement.

Then, other pictures of the duo surfaced. In one, the pair were hugging each other.

In another photo, both of them are standing. Hailey has a drink in her hand, and both have their hands behind each other’s backs.

Many people reshared the photo and appreciated the girls for putting their differences aside. The comment that stood out the most was from Ava Phillippe, daughter of Reese Witherspoon and ex-husband Ryan Phillippe.

She took to Instagram stories to gush about how much she admired Gomez and Hailey. She wrote, “I’m not one to get wrapped up in celeb drama & at the end of the day, it’s really just a pic (& none of my business!) But it does make me smile to see these boss babes out there setting the record straight. Love + respect for you both!”

Justin was in an on-and-off relationship with the Only Murders in the Building star for eight years. He was linked to Hailey and Sofia Richie during their breaks, among many others.

The Grammy winner reconciled with Gomez for the final time in late 2017. By March of the following year, the couple had called it quits, about the same time he restarted his romance with Hailey.

Hailey and Justin married in 2018. Many admirers of the Gomez have attacked the married couple’s relationship and questioned its timing for years.

On the September 28, 2022, episode of the podcast Call Her Daddy, Hailey denied having a romantic relationship with Justin when he was with Gomez.

Following the podcast, Gomez expressed her feelings regarding supporters bullying others on her behalf.

All in all, it seems like everything is good between Hailey and Gomez, regardless of the alleged beef between the pair.