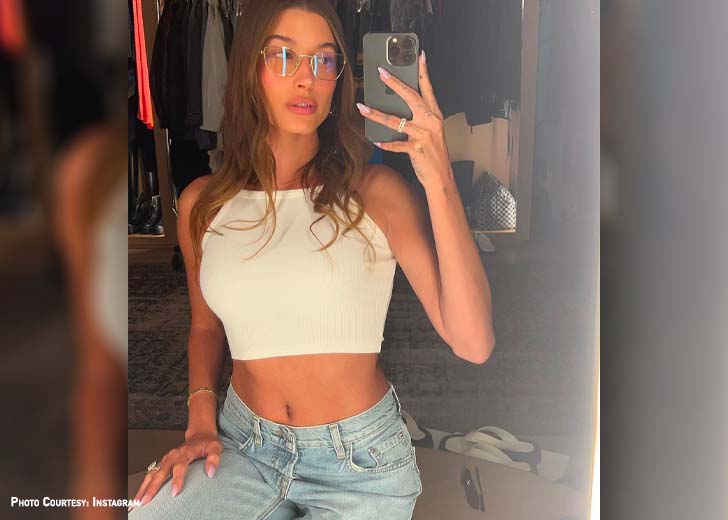 On the second season of Alex Cooper’s ‘Call Her Daddy’ podcast, Hailey Baldwin Bieber will reveal some ‘Jelena’ truth.

Due to their individual relationships with Justin Bieber, Hailey Baldwin Bieber and Selena Gomez have been pushed against one another for years. Nevertheless, both women have consistently displayed respect for one another on social media.

Before seeing her future husband in the early 2010s, Hailey frequently tweeted her enthusiasm for Justin and Selena, who were a couple at the time.

Although he had an on-again, off-again relationship with Selena, Justin was seen making out with Hailey towards the end of 2015. They ended up dating from the end of 2015 through early 2016.

In November 2017, Us Weekly reported that the ‘Baby’ singer and Selena had once more made amends following her split from The Weeknd. Meanwhile, Hailey was dating Shawn Mendes at the time.

However, a source told Us Weekly that Justin and Hailey were still communicating through text, insisting that their union was “platonic.”

Jelena was officially over by May 2018. A month later that Hailey and Justin were back together, and the singer wasted no time in popping the question to the founder of Rhode Beauty in July 2018. Two months later, the pair got married.

Hailey Bieber to spill some tea on ‘Call Her Daddy’ podcast

Hailey will be spilling some ‘Jelena’ truth on the second season of Alex Cooper’s Call Her Daddy podcast, which is scheduled to premiere on September 28, 2022.

The podcast is the most listened to by women on Spotify, where Cooper cuts to the chase with every guest and asks the questions people want the answers to.

Cooper revealed that her first guest for the show’s second season would be Hailey via her Instagram. She posted a short preview with Hailey where they can be seen talking about her husband’s past relationship with Selena.

In the clip, the American model discusses the media-spurred situation involving her and her husband’s ex-girlfriend for the first time. She clearly states that she wants to talk about this only once on the podcast.

The host asked, “How has being married to someone with that level of fame impacted your identity,” and the model responded with, “where do i start.”

Furthermore, Cooper also asked Hailey if she had ever been romantically linked to Justin at the same time as her (Selena), and instead of replying “yes” or “no,” Selena chose a more nuanced approach.

Justin’s wife explained, “This is so crazy. I have literally never talked about this ever. A lot of the hate and perpetuation comes from like oh you stole him.” She further emphasized that it was important for people to understand that the truth exists.

Many fans have come forward to share their thoughts on Hailey’s decision to appear on the podcast. The fans thought Hailey might want to get ahead of something since Selena is releasing her documentary Selena Gomez: My Mind & Me.

The Apple Original documentary is described by the film’s director Alek Keshishian as “a six-year-labor of love,” which will open the 36th edition of the AFI festival in Los Angeles on November 2.