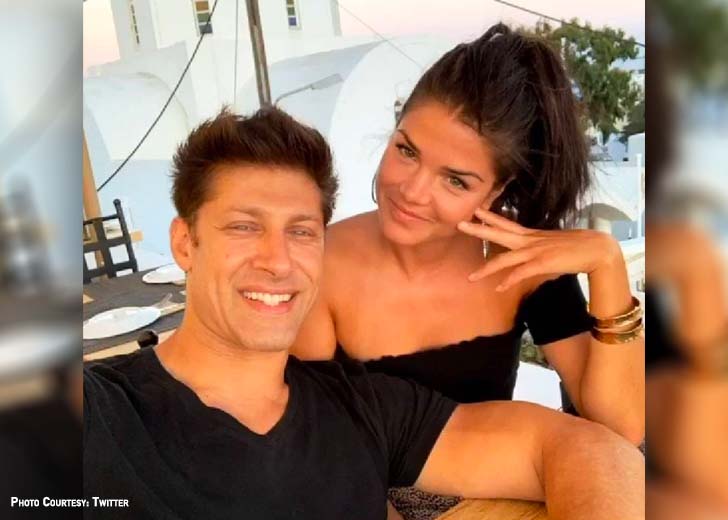 Marie Avgeropoulos and her boyfriend Alain Moussi were once dubbed the best couple in the world by their fans and followers.

But it seems like it is not the case anymore. While the couple has not said anything about their breakup, fans speculate that Avgeropoulos and Moussi are no longer together.

Here is everything we know about their breakup.

As said before, Avgeropoulos and her boyfriend have remained mum about their breakup. They have been together for over the past two years, but now, they have gone different ways.

While the pair has not said anything about their split, their Instagram says otherwise. The 100 actress used to post many pictures with her beau on her social media.

Now, she has deleted all of them from her feed, and Moussi has done the same.

Furthermore, Moussi is already flaunting his new relationship with his fans and followers. Since August, he has been posting pictures with his new girlfriend, Ashley Lemery.

According to her Instagram bio, Lemery is a Real Estate Investor and Sales Representative based in Ontario, Canada. She works for Re/Max Boardwalk, a full-service real estate brokerage that claims to be “Ottawa’s #1 Real Estate Team.”

Lemery has also been posting pictures with Moussi on her social media. Unfortunately, Avgeropoulos’ fans are not happy with the breakup.

They have been spamming Moussi’s comment sections of the photos he has uploaded with Lemery. They are cursing him for leaving Avgeropoulos and asking for reasons for the breakup.

However, Moussi has not responded to any of them. He has also not spoken publicly about why he parted ways from Avgeropoulos, nor has she.

The couple is said to have met on the set of the 2020 film Jiu Jitsu set, in which Avgeropoulos played Myra and Moussi played Jake. They appear to have fallen in love and started dating on July 6, 2019.

They initially kept their relationship private from the media and the general public. They decided to spill the beans almost a year later.

The actress first mentioned her former boyfriend on social media on January 17, 2020, when she posted a video of him teaching her how to fight for the Jiu Jitsu film.

On her 34th birthday, June 17, she formally introduced her boyfriend to the world by posting a photo with him and mentioning him in the caption, “Birthday field hangouts = boyfriend shout outs @alainmoussi.”

Since then, she has been chiefly seen in photos with her boyfriend. Moussi, like Avgeropoulos, has been posting pictures from their vacations on his Instagram account.

The couple celebrated their second dating anniversary on July 6, 2021.

Who is Alain Moussi?

Moussi was born on March 29, 1981 in Libreville, Gabon. His zodiac sign is Aries, according to his birth date.

He is the son of a Lebanese father, Jean, and a French-Canadian mother, Rita. Prior to his romantic relationship with Avgeropoulos, he was with Janie Des Rosiers, whom he married on April 4, 2012.

On October 18, 2011, Moussi and Rosier welcomed a daughter named Annabelle six months before their marriage. Unfortunately, their marriage did not last long.

It is unknown when or why the married couple divorced. Despite the divorce, Moussi has done his best to co-parent his child.

As previously stated, Moussi is a talented actor, stuntman, and martial artist who has established a name for himself in the entertainment industry. He has appeared as an actor or a stuntman/ stunt coordinator in several popular films and television shows.

How Much Is Eliza Taylor's Net Worth? All About Her Earnings