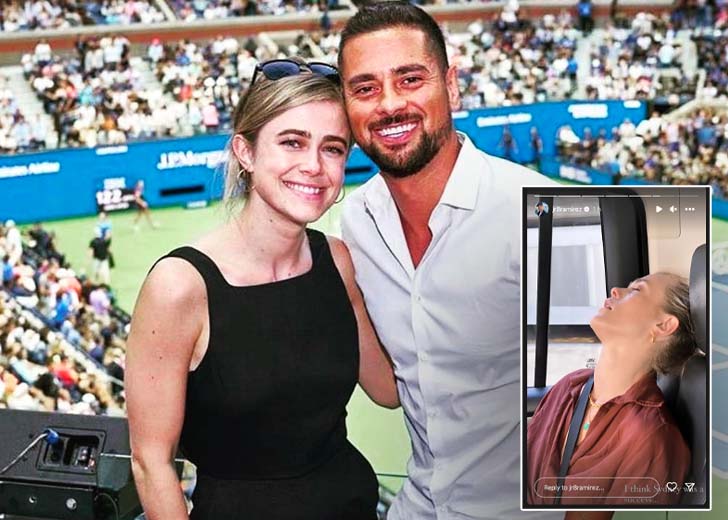 J.R. Ramirez and his girlfriend Melissa Roxburgh are posting pictures from their vacation to one of the most romantic destinations on the planet.

Since the premiere of Netflix’s supernatural TV series Manifest on September 24, 2018, Roxburgh and Ramirez have been shipped by everyone.

Roxburgh played Michaela Stone, and Ramirez played Jared Vasquez in the supernatural television series. Stone and Vasquez were in a relationship, but everything changed after Montego Air Flight 828.

Even though Ramirez and Roxburgh’s on-screen romance came to an end, their relationship off-screen is still going strong as the two have been taking trips to the most romantic locations together.

After wrapping up season 4 of the popular drama series on Netflix, the Manifest co-stars took advantage of their time off to travel to Sydney.

Although they haven’t publicly admitted to dating, the couple posted a number of selfies on each other’s Instagram accounts on December 15, 2022.

On his Instagram story, Ramirez posted a photo of the actress asleep with the caption, “I think Sydney was a success,” suggesting their vacation to Sydney together.

The Jessica Jones actor thanked the Shangri-La Sydney for their hospitality in another Instagram story while sharing a stunning view from the luxury hotel.

“Thank you for your hospitality….Love this city,” he wrote. Similarly, Roxburgh also teased her fans by sharing a similar view during her stay at the Shangri-La Sydney.

Previously, the pair also traveled together to the Fiji Islands. On December 8, 2022, Ramirez posted several photos with Roxburgh on his Instagram, in which they both appeared to be enjoying themselves while staying at the Tokoriki Island Resort.

He noted, “I’ve been blessed enough to travel quite a bit of this world. I’ve never experienced such a happy charismatic culture as these Fijians,” alongside the lovely pictures.

Similarly, Roxburgh posted many cute pictures from their vacation to the Fiji Islands, including a mirror selfie in which her boyfriend kissed her and another image of the pair smiling.

It looks like the couple is on a quest to visit romantic locales together now that they have some free time from their hectic schedules.

Who has J.R. Ramirez dated in the past?

Manifest actor Ramirez was romantically linked with Adrienne Houghton in the past. They apparently started dating in 2012.

Houghton is an American singer, actress, and television personality. She is a former member of the girl groups 3LW and The Cheetah Girls.

Bailon performed as an actress in the movies Coach Carter, All You’ve Got, and The Cheetah Girls. She has appeared as a guest star in several TV shows, such as That’s So Raven and The Suite Life of Zack & Cody.

The two were speculated to be involved in something more behind the scenes, which led to the dating rumors.

Unfortunately, their love story did not have a happy ending. They dated for a brief time before splitting up.

Trailer for Kelly Reichardt’s ‘Showing Up’ Is Released