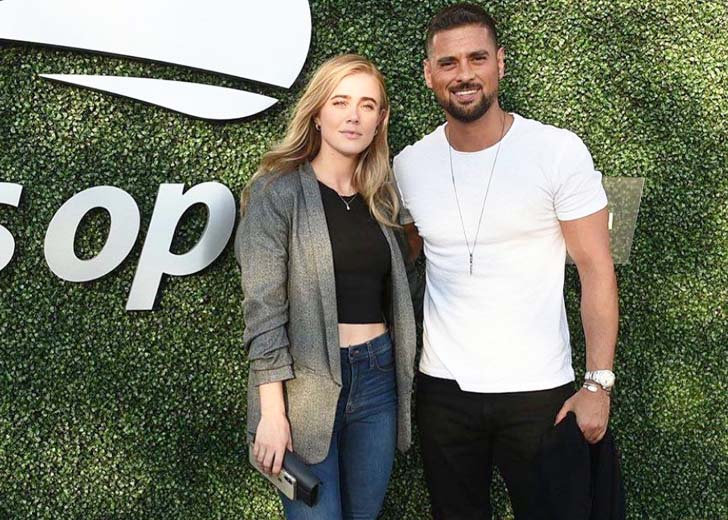 Melissa Roxburgh and J.R. Ramirez are together off-screen even if they weren’t portrayed together in Manifest.

On September 24, 2018, the first season of Manifest debuted on Netflix, and since then, Roxburgh and Ramirez have been fan favorites.

In the supernatural television series, Roxburgh portrayed the role of Michaela Stone, and Ramirez played Jared Vasquez. Stone and Vasquez had a romantic relationship, but everything changed after Montego Air Flight 828.

Even though Roxburgh and Ramirez’s on-screen romance ended, it is flourishing off-screen, given they are still together despite breakup rumors from a few months ago.

The Manifest stars Roxburgh and Ramirez are still together, even though they were thought to have split up in 2021 simply because the couple had stopped uploading pictures of each other.

But those breakup rumors may now be put to rest as the pair slammed back with a series of pictures together from their vacation at Fiji Islands.

On December 8, 2022, Roxburgh posted many adorable vacation photos, including a mirror selfie in which her boyfriend kissed her and another image of the pair smiling.

The actress captioned the post with “@tokoriki_island_resort you were incredibly special. Vinaka,” thanking the hotel for their wonderful experience.

Similarly, Ramirez posted several photos with Roxburgh on his Instagram in which they both appeared to be enjoying themselves while staying at the Tokoriki Island Resort in the Fiji Islands.

He wrote, “I’ve been blessed enough to travel quite a bit of this world. I’ve never experienced such a happy charismatic culture as these Fijians,” alongside the lovely pictures.

After starting to work together on Manifest, the pair initially fueled romantic rumors. However, the talks were initially unverified, as it took some time before someone came forward to confirm the dating rumors.

In January 2020, Page Six received a tip from a source that two co-stars were dating off-screen. The insider close to Ramirez disclosed, “They are dating. They met on set and have been dating for at least six months.”

Roxburgh and Ramirez attended several industry gatherings together, including the Harper’s Bazaar Icons party last New York Fashion Week. Still, they were yet to make their relationship official at the time.

“They try to keep it hush-hush for professional reasons, but they are definitely smitten with each other. It’s serious,” the source further revealed.

Sometime around 2021, there were reports that the pair had split up when some online users saw that the couple had ceased exchanging photographs and had unfollowed one another on Instagram.

However, given that Roxburgh and Ramirez actually follow one another on Instagram, such claims may now be refuted. And as noted above, they used adorable vacation photos to verify their relationship.

Simply put, the couple wishes to maintain some degree of privacy in their relationship while keeping a low profile away from prying eyes.