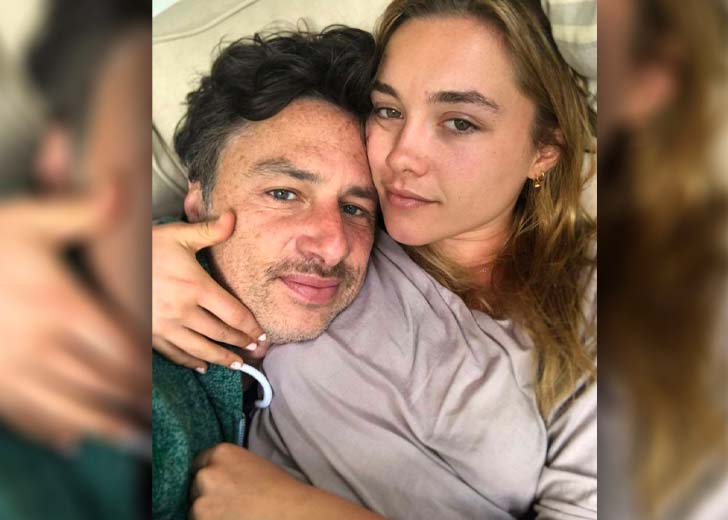 Florence Pugh and Zach Braff have one of the most controversial relationships in Hollywood. This is primarily because of their 21-year-old age gap.

Regardless, the pair always defended their relationship and enjoyed their love life. But recently, many rumors about them started surfacing on social media —  mostly about their break up.

Many believed the pair were still dating, while others thought the couple had split. However, neither Pugh nor Braff made any comments about their love life and addressed the rumors.

However, now it is over since Pugh confirmed their split. And before she made any comments, Deuxmoi had already spread the news via their social media.

Before Pugh revealed her breakup with Braff, Deuxmoi had given a heads up on Instagram. Deuxmoi is an Instagram page that posts gossip and hot news about celebrities on their social media.

Recently, someone asked if Pugh and Braff were still together, and the Instagram page posted it on their stories. At first, they guessed the pair had split since they were not seen together.

Deuxmoi revealed that Florence Pugh would speak up about her split with Zach Braff in a magazine. (Source: Deuxmoi Instagram Stories)

However, in their new update, they wrote that Pugh would soon confirm their break up in a magazine. They blurred the magazine’s name but said the split happened in the past, and the couple chose to keep it a secret.

And just as they said, the Don’t Worry Darling star revealed their split in the cover story of Harper’s BAZAAR‘s September 2022 issue.

Are Florence Pugh and Zach Braff still together?

No, Pugh and Braff are no longer together. The Black Widow actress told Harper’s BAZAAR that the pair split without letting anyone know.

This was mainly because they did not want anyone’s opinion on their relationship —  regardless of whether they were still dating or breaking up. She said, “We’ve been trying to do this separation without the world knowing, because it’s been a relationship that everybody has an opinion on.”

She pointed out that the duo believed hiding their break up would benefit them. As a result, they did that.

She told the magazine, “We just felt something like this would really do us the benefit of not having millions of people telling us how happy they are that we’re not together.”

However, it seems like the actress is still not over her relationship. She added, “I automatically get a lumpy throat when I talk about it.”

Pugh did not reveal when the relationship ended. The two celebrated each other’s birthdays on their Instagram Stories this year, but otherwise have kept their relationship off social media.

It seems like the pair parted ways on a good note. This is because the Midsommar actress spoke fondly of her former partner.

She talked about the movie, A Good Person she made with Braff before breaking up. Pugh said the movie they made together was “genuinely” one of her “most favorite experiences.”

Braff wrote the movie thinking about Pugh, and the latter enjoyed being in it. Braff has not responded to the break up at the time of writing.