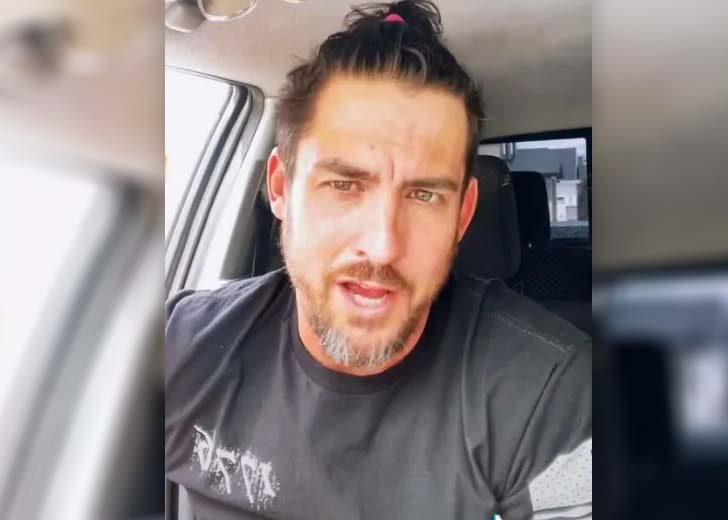 To pay tribute to Piko Preston, djhuntsofficial used TikTok’s painting AI and created a painting based on his first name.

Preston’s death was first reported on the internet when his sister, Lara Preston Neves, posted on Facebook, updating that the TikTok star had died.

She wrote, “Jon (Piko Preston), my wonderful, active, crazy, giving, funny, and adored younger brother, died this week. Even the thought of a world without him is incomprehensible to me.”

Laura emphasized how she had never met anyone more generous than Jon and how he gave everyone everything. He was always the family’s mediator while they were growing up, frequently mediating sibling arguments and never stopped trying to make everyone around him happy.

Likewise, fans who were aware of his death began leaving waves of tributes in his comments and they are going through each of his videos, writing condolences and celebrating his work.

Who was Piko Preston?

Preston had exactly one million TikTok followers, and he was known for using his platform to promote other accounts and spread messages of love and acceptance.

His most recent video was a stitch of another account called Unlearn16, in which a gay woman was taking down a homophobic man.

The TikTok Star was known to be someone passionate about spreading love and joy. His kind nature is one of the reasons he has a million followers and 13.1 million likes across all his videos, which have an average of over 50k views.

A GoFundMe is created in memory of Piko Preston

A GoFundMe was created to raise money to support his family as they cope with this enormous loss and grief. The target amount was $10,000, and as of Monday, it has raised approximately $5,442.

The TikTok star did not suffer from any illnesses or injuries. He seemed fine to his ex-wife, friend, and the mother of his two children and nothing seemed particularly wrong with the man.

He was spending time with his sons regularly, and the ex-couple was slowly repairing their relationship and moving toward friendship.

Following the passing of Preston, several tributes and condolences were sent by both his followers and other creators.

Other Tiktok creators who knew Preston have been praising him and creating content in his tribute. One creator, djhuntsofficial used TikTok’s painting AI to create a painting based on Piko Preston’s first name.

Djhuntsofficial has made several posts in Preston’s name. Similarly, many other creators have paid tribute to him with videos and messages of condolence.

Preston’s ex-wife created a beautiful tribute post in his honor, posting a photo of him, her, and their children together. Preston’s fans have responded by commenting on his videos, sharing tribute videos, and keeping him trending on Tiktok.

The TikTok star will be remembered as a devoted person who never caused any issues and was also adored by others. Family, friends, and admirers all have positive memories of him, and they’ll have his name in their minds for a long time.