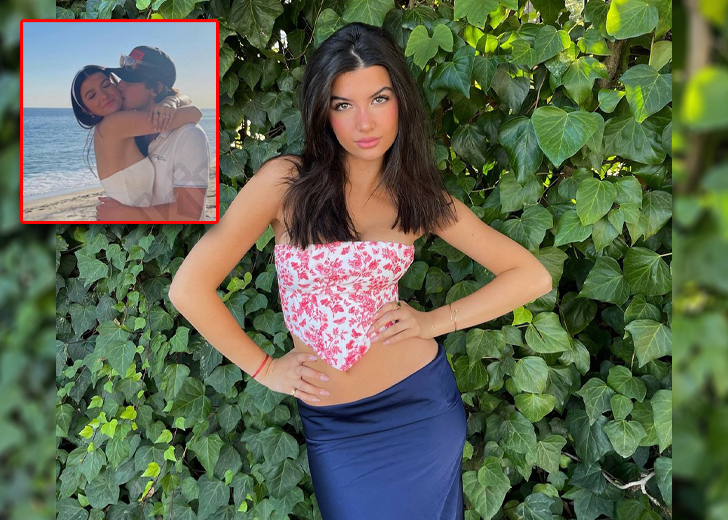 On Saturday, October 20, 2021, the TikTok star took to her Instagram story to share a picture with Harvey in which the two were hugging each other while Harvey delivered a soft kiss on Zeiler’s cheeks.

Moments after the picture was shared on her Instagram story, the social media star also put up another picture on her story.

The picture was of a vase in which different kinds of flowers were seen. In addition, Zeiler had tagged her alleged boyfriend’s Instagram handle on the picture, hinting that he had given it to her.

Speaking of another recent event, the San Diego, California native shared a similar Instagram story in which it was seen that she was about to celebrate Halloween with Harvey.

The two alleged couple seem to be in Zeiler’s house while they dressed up for Halloween. While Zeiler had put up a zombie mask, Harvey had used a zombie joker mask.

In addition, she shared several more Instagram stories that were related to her and Harvey’s Halloween moments, as well as an image of foods she alongside Harvey and two other friends had at The Peninsula Beverly Hills.

Currently, both Zeiler and Harvey are yet to feature each other on their Instagram posts. They are also yet to give any comment on the topic or make their relationship official.

Furthermore, there is not much information available on Zeiler’s alleged partner as of now. His Instagram handle doesn’t give out many details about him, other than that, he seems to be interested in cars, off-roading, and racing.