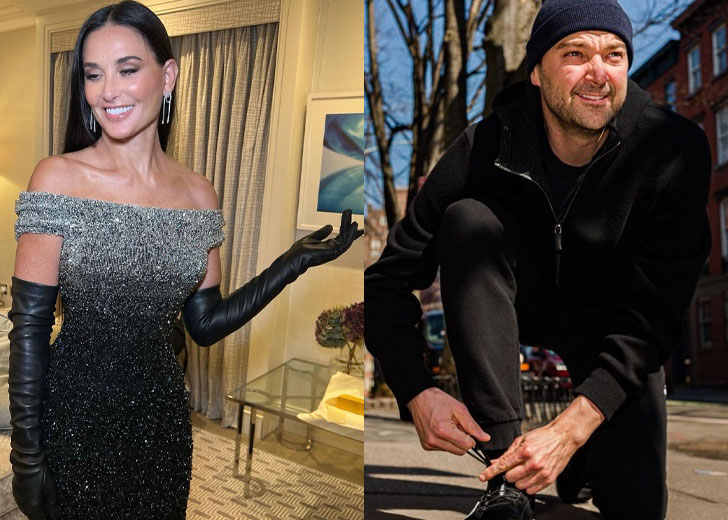 Get to know Demi Moore’s relationship with her new boyfriend Daniel Humm.

Sorry boys. Demi Moore is off the market!

The American actress has found love in the arms of her new boyfriend, Daniel Humm – he is an acclaimed Swiss chef and the chef/owner of restaurants like Eleven Madison Park, The NoMad, and Davies and Brook.

Page Six first revealed the news of their togetherness on Thursday, March 31, 2022. The outlet was tipped off by a source who said that the couple has been in a relationship for a couple of months.

In addition, the source said, “They are really hot and heavy at the moment. Daniel works long, hard hours at his restaurant Eleven Madison Park, but they still often take time to have Demi join him for romantic dinners there.”

In early March 2022, the 59-year-old actress was joined by her 46-year-old boyfriend at the Paris Fashion Week as they attended the Chloe Womenswear Fall/Winter 2022/2023 show.

The newest couple of the town was sitting in the front row of the show and shared the same row with actress Gugu Mbatha-Raw and tennis player Maria Sharapova. Both of their reps haven’t responded to requests for a comment on the news.

Moore being off the dating world comes just a day after it was revealed that her ex-husband Bruce Willis was retiring early from the entertainment industry due to his diagnosis of Aphasia that has impacted “his cognitive abilities.”

As per Johns Hopkins Medicine, “Aphasia is a language disorder caused by damage in a specific area of the brain that controls language expression and comprehension. Aphasia leaves a person unable to communicate effectively with others.”

Although divorced, Moore and Willis have maintained a healthy relationship between them. She also gets along well with Willis’s new family – he has a wife and two daughters – and had recently mentioned that she was “thankful for our blended family.”

Moore and Willis were married from 1987 to 2000 and share three daughters: Rumer Willis, Tallulah Willis, Scout Willis. Before her marriage to Willis, she was married to musician Freddy Moore from 1980 to 1985 – she took his surname as her stage name.

Similarly, after her split with Willis, Moore – whose family surname is Guynes – tied the knots with American actor Ashton Kutcher in 2005. The couple ultimately parted ways for good eight years later, in 2013.

To conclude, Moore has been married thrice in her life, but those marital relationships haven’t been much successful to last forever. Reflecting on her former marriages on SiriusXM’s The Jess Cagle Show in 2020, she said:

“I think it’s a process of, not to sound cliché, but it’s really a process of learning to love yourself, accepting who you are just as you are. For me, I changed myself so many times over and over to fit what I thought somebody else wanted.”

She added that we, the people, are conditioned to work toward being desired but not supposed to have our own desires.

The Ghost actress is now stepping forward into a new relationship with Humm. And they seem to have started with a home run as for a couple of years, Moore has been following a raw vegan diet, and her new beau has applied entirely plant-based foods at his eatery since May 2021.

The Impact of Adele's Concert Cancelation