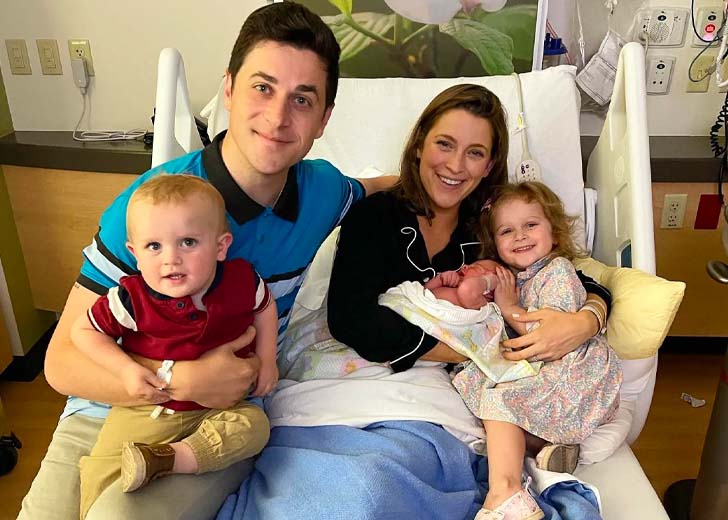 The Wizards of Waverly Place star recently welcomed his third child, a baby girl, and took to social media on July 17 to announce the grand news.

In his Instagram post, he shared a picture of himself, alongside his longtime wife, his first two kids, 19-month-old son James and 3-year-old daughter Pia, and the newborn baby girl.

“IT’S A GIRL!!!! Gemma Clare Henrie was born 7lbs 15oz at 3:21am,” Henrie wrote, revealing the name of his newly born daughter.

He further wrote, “Maria is currently enjoying the most deserved nap ever haha. She stuck to her plan l and had a drug free birth and I couldn’t be more in awe of her! Thanks be to God for the greatest gift on earth and Maria and I thank you all for your prayers. I received many messages and I really appreciate it.”

In his long caption, he also thanked the people who were close to the couple lately, especially the nurses and their midwife.

Hundreds of congratulatory messages poured in for the couple as soon as the actor posted the news on his social media.

The 33-year-old actor and his wife Cahill have been together for a long time. They first got engaged to each other in October 2016.

A year later, on April 21, 2017, they walked down the aisle in their Old Hollywood-inspired wedding in Southern California. Their wedding was attended by about 170 of their closest friends and family.

“You always hear you should marry your best friend, and I actually get to do it,” Henrie told People at the time.

Henrie and Cahill, who is a former Miss Delaware 2011, welcomed their first baby, a girl, in March 2019, followed by their second child, a boy, in December 2020.