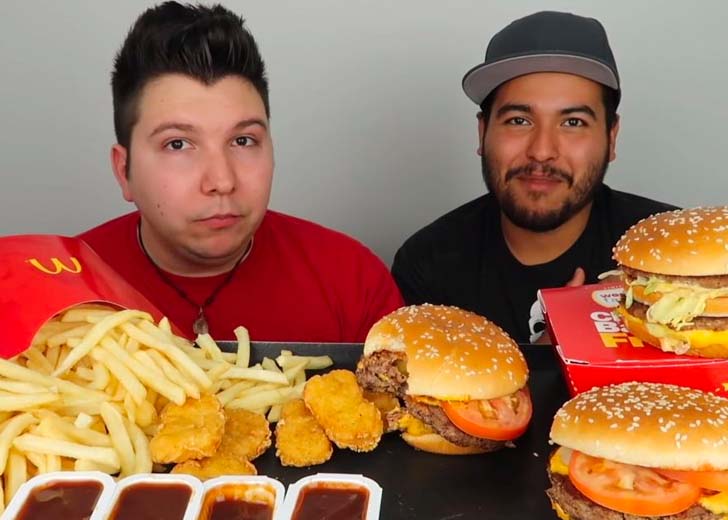 A relief for the mukbang YouTuber’s fans as he is alive.

Fans of the popular mukbang YouTuber can be relieved to know that Perry’s death rumors aren’t true. And it’s confirmed by none other than his now-separated husband, Orlin Home.

On Tuesday, June 12, 2022, Home took to his Instagram handle to share a post, revealing that Perry is alive and the concerns from his fans are appreciated. His post only contained texts, and it started with, “Nick is alive.”

Home continued by mentioning that Perry is doing well and taking a much-needed break from social media due to some personal issues mentioned on his last Instagram post and Perry’s third YouTube channel.

The video had amassed more than 7,000 likes before it was deleted. Similarly, the video implied that the YouTuber was dead as he hadn’t posted a video for eight days on his main YouTube channel, which was highly unusual. Perry’s heart problems were also mentioned.

Coming back to Home, the last Instagram post he was referring to was the announcement of his split with Perry, which was done around a week ago, on June 6, 2022. It was also a text-only post with no caption, which started with, “Nick and I are breaking up.”

“Although my beloved husband and I have been together for 6 years, we have made a difficult decision to part ways. I will no longer be involved in Nick’s mukbang videos, and I will take some time to myself.”

In the end, Home reflected on the fact that Perry hasn’t made any new uploads for a while on his YouTube channels. He said, “This is a factor to why there have been no uploads on our socials. I will be active on this account.”

Home made these two announcements on his new and official Instagram handle, which he seemed to open in February 2022. And in his Instagram bio, he has indicated that he is no longer together with Perry by writing “Single.”

Their breakup announcement came months after Home broke down on Perry’s YouTube video of May 2022. In the video titled “We Broke Up,” the couple was in an argument, which only worsened afterward.

As the video continued, Home could be heard yelling different things behind the camera. He told Perry, “You literally ruined my life; you ruined my body; you made me a miserable, sad, depressed person because you’re so [expletive] mean. You’re so controlling.”

As Home yelled those words and called Perry “evil” and “controlling,” he was also breaking down and crying. And since that video, he has only made occasional appearances in Perry’s mukbang videos across his numerous YouTube channels.

And while this breakup announcement by Home might sound sad for the newcomers, many of Perry and Home’s followers refuse to believe it, as the married couple has made numerous breakup videos over the past few years.

And many Instagram users have expressed similar views under Home’s breakup announcement post. One wrote, “I am trying to believe if this is really a breakup?”

“No clue if it’s real but interesting you post it here and, like, not w youtube video to make a fake breakup announcement. Well, if it’s real, good luck. Hope you and Nick, respectively, are ok. If real, is this why Nick hasn’t been posting, and he was crying in one of his youtube shorts videos?” another commented.

Nikocado Avocado with his husband, Orlin Home in 2021 (Photo: Instagram)

The same response was received when the tea page of Def Noodles shared the news. One wrote, “They do this all the time; it isn’t new they break up every 4 months.” And another followed up with, “I’m sure it’s another breakup for attention like the last hundred were.”

“Every time they say this, they always get back together; it’s hard to believe them anymore,” one user added, while another wrote, “They have broken up so many times that it’s hard to figure if it’s for real anymore.”

As of now, it is yet to be fully confirmed whether or not Perry and Home have finally parted ways, mainly because they have done this several times. For now, Perry’s fans can be happy with the news that he is alive.

Perry and Home first knew each other through a Facebook group for vegan men. They met physically in New York and remained friends for some time before taking any further steps. They eventually started dating, and in 2017, they got married.