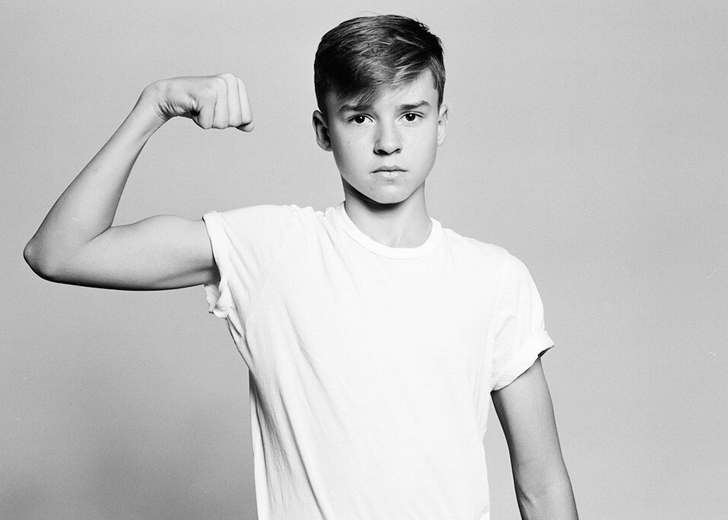 Maxwell Jenkins is an aspiring American actor who first tasted the limelight after portraying the recurring role of Oliver in the TV series titled Betrayal (2013-14).

Later on, his popularity further rose when he played one of the lead roles of Will Robinson in the Netflix show Lost in Space (2018-21). For his performance in the show, he was nominated for two Saturn Award and one Young Artist Award.

Following his rise to fame, people became invested in learning more details about him. Here are five facts about Maxwell Jenkins!

1. Maxwell Jenkins’ Birthday Falls in May

The Good Joe Bell star celebrates his birthday on the 3rd of May every year. On this year’s May 3rd, he became 16 years of age.

On the day of his birthday, he shared a baby picture of him riding a toy car and captioned it as “16…,” which was followed by a car emoji, a party popper, and a collision emoji.

Born in 2005, Jenkins hails from the suburbs of Chicago, Illinois. His zodiac sign is Taurus. For his education, he is enrolled at Chicago Public School.

Jenkins is the oldest child of his parents, Jeff Jenkins, a former Ringling clown, and Julie Greenberg. Apart from his mom and dad, he has one sibling, a younger sister named Samantha Rae Jenkins.

His parents are the co-founders as well as the directors of Chicago-based Midnight Circus. Maxwell’s interest in acting came from the circus as he used to perform there since the age of three.

In the circus, he used to perform different acts such as juggling, tightwire walking, and playing mandolin.

3. Maxwell Jenkins Has an Average Height

As Jenkins is only 16-year-old now, his current height can be regarded as an average height. Going into the numbers, he stands at a height of 4 feet 11 inches or 1.50 meters. He weighs around 50 kg or 110 lbs.

4. He Has a Healthy Fan-Following

5. Maxwell Jenkins Made His Acting Debut in 2013

As mentioned earlier, Jenkins used to perform various acts in his parents’ circus. This led him to pursue a career in acting. At the age of 8, he landed his first role as Oliver in ABC television series titled Betrayal (2013-14).

Currently, he has one upcoming TV series lined up titled Reacher which is in pre-production now. In it, he plays the role of Young Reacher.

Though short, he has earned success thanks to his performance. Noting that, it must be sure that he has also been earning well and has accumulated a healthy net worth. Well, reports suggest that he has an estimated net worth of around $1 million.