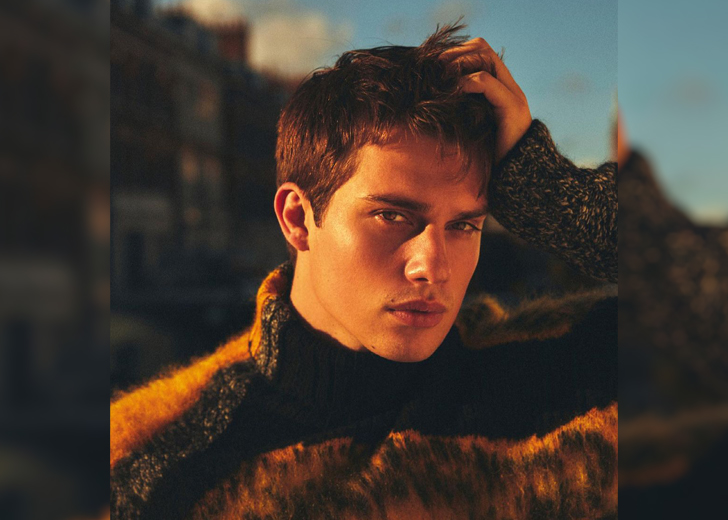 Nicholas Galitzine is a young English actor who has been taking the acting world by storm. He is notably known for his performances in High Strung (2016), Handsome Devil (2016), and Chambers (2019).

Currently, he is getting positive attention for his portrayal of Prince Robert in the live-action adaptation of Cinderella. The romantic musical film was released on September 3, 2021, and it stars famous singer Camila Cabello, who is making her acting debut, in the titular role.

Here are five facts about Nicholas Galitzine that you might need to know if you are a fan!

The English actor celebrates his birthday on the 29th of September every year. Born in 1994, Galitzine will be turning 27 by the end of this year’s September.

As per his date of birth, his zodiac sign is Libra. He was born and raised in London, England, United Kingdom. His nationality is British.

He completed high school in his hometown and went on to attend Dulwich College.

The actor comes from a family of Russian princes called the Golitsyn or Galitzine family, one of the largest princely of the noble houses in the Tsardom of Russia and the Russian Empire.

Apart from his parents, he also has a sibling, a sister named Lexi Galitzine. Lexi is a London-based interior stylist and illustrator.

3. He Has an Amazing Fan Following across Social Media

He is quite active on all of those social media platforms and has managed to garner a healthy amount of fan following. On his self-titled Facebook page, he has over 56 thousand followers.

He joined Twitter in November 2012 under the username @nickgalitzine. There, he has over 23 thousand followers. Furthermore, in his official Instagram handle, Galitzine relishes a huge fan following of more than 516 thousand followers.

4. Is Nicholas Dating a Girlfriend?

Since the rise to fame of the English actor, many have wondered if he is currently in a relationship or was dating someone in the past. Well, as per reports, it seems as if Galitzine is not dating anyone as of this moment and is relishing his singlehood.

He is very much tight-lipped when it comes to his romantic life details and doesn’t open up in the public. He has also kept a low profile on his social media handles and hasn’t shared pictures with a lady who can be regarded as his girlfriend.

However, that doesn’t mean he hasn’t been linked to anyone. Most recently, it was speculated that he might be dating Camila Cabello, his Cinderella co-star. But, the talks were fake as Cabello is in a relationship with a fellow singer, Shawn Mendes.

Previously, he was rumored to be in a relationship with his Chambers co-star, Lilli Kay. But, the rumors ended after none of them addressed the issue.

Before all of that, Galitzine had mentioned that he got into acting after a girl caught his eye. He had told Wonderland Magazine that, “There was a girl who was going up to the Edinburgh Fringe Festival who I really fancied. I did [the festival] so I could go chase this girl. And I came back with this acting agency.”

The London native made his acting debut in 2014 when he portrayed the role of Tom in the movie, The Beat Beneath My Feet. In the next year, he played a cameo role in the TV show Legends.

They were The Watcher in the Woods (as Mark Fleming) and The Changeover (as Sorensen Carlisle). Afterward, he took a long break for almost 2 years and made his return in 2019 through the movie Share.

In the same year, he went on to portray the role of Elliott Lefevre in the Netflix series Chambers. In 2020, he made his appearance in only one movie; The Craft: Legacy as Timmy. His on-screen appearance in 2021 also seems to be limited to one gig only, i.e. the recently released movie Cinderella.

Galitzine has one upcoming movie lined up that is titled Purple Hearts, which is currently in the filming stage. In it, he will play the role of Luke. With a short yet successful career, he must have accumulated a healthy net worth.

Well, as per reports, Nicholas Galitzine has an estimated net worth of around $1 million – $2 million.

Darren Barnet’s Ethnicity Blended in ‘Never Have I Ever’ Role