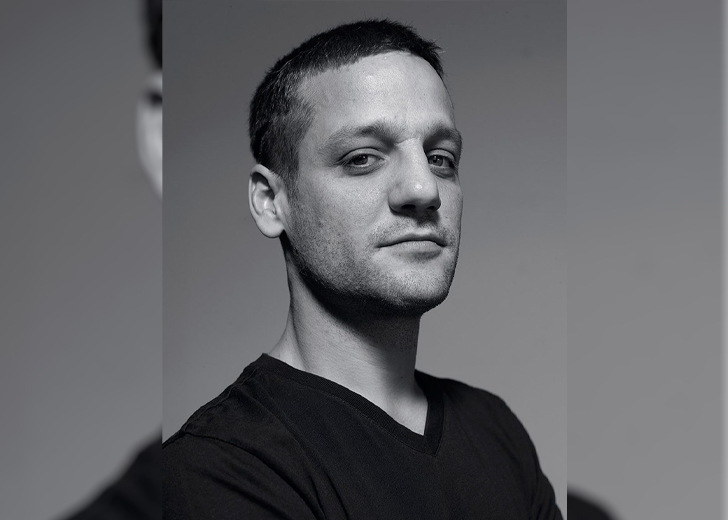 Rodrigo de la Serna is an Argentine actor who has gained a large number of followers for his amazing performances in several movies and TV shows.

He is notably known for portraying the role of Alberto Granado in the 2004 movie The Motorcycle Diaries (Original title: Diarios de motocicleta). For his performance, he won several awards and was also nominated for a BAFTA Film Award.

Currently, he is garnering healthy limelight for his portrayal of Palermo in Netflix’s heist crime thriller La Casa de Papel (2019-21), majorly known by its English title Money Heist. He recently reprised his role in the first part of the show’s fifth and final season–aired on September 3, 2021.

Not only the actor has earned fame through his brilliant performance but he has also gained quite the attention due to his personal life affairs.

The 45-year-old Argentine actor is currently in a long-term relationship with Ludmila Romero, a journalist.

As far as it can be traced, the two’s relationship dates back to early 2017. The very first time Romero posted a picture alongside Serna was on February 5, 2017. On February 9, she finally posted a full picture in which both of their faces were clearly seen.

Since then, she has been constantly flaunting pictures alongside her boyfriend. After seeing all of the pictures she has been posting, it can be seen that they are having a blast visiting different places and relishing their time together.

As time passed, their bond grew stronger and stronger. Their bond got further strengthened when they welcomed children into their family. On September 21, 2018, Romero announced that she was five months pregnant with Serna’s baby.

On February 1, 2019, she gave birth to a baby girl named Olivia de la Serna. Over a year later, on October 14, 2019, she once again announced that she is pregnant with a second child.

Serna and Romero’s second child, a son named Estanislao de la Serna, was born around the 1st or 2nd of February 2020. Since the birth of their children, Romero has been sharing more and more pictures alongside her children and her partner.

Serna, on the other hand, rarely shares his personal stuff on his Instagram handle. Nonetheless, it can clearly be seen that the two have developed a wonderful bond and they are doing well in parenthood too.

Serna Was Previously Engaged in a Few Relationships

Before he was engaged in a romantic relationship with his current girlfriend, the Money Heist star was involved in a few dating relationships in the past.

His first known relationship was with a fellow actress named Erica Rivas. They began dating in the September of 1999. A year after they began dating, in 2000, Rivas gave birth to their daughter, Miranda de la Serna.

Around a year after breaking up with Rivas, in January 2011, Serna began dating his Contra las cuerdas show’s co-star Soledad Fandiño. But, their togetherness lasted only for 9 to 10 months as they separated in October 2011.

In the next year, the Argentine was seen dating Pilar Gamboa after they met on the sets of the TV mini-series, Tiempos Compulsivos (2012-13). The two dated each other for around 4 years and parted ways in 2016.