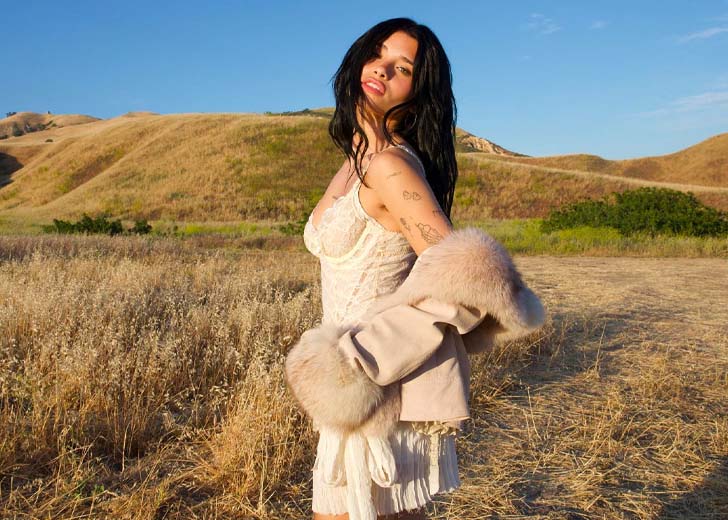 Nessa Barrett spills tea regarding her relationships with her ex-boyfriends!

Nessa Barrett and her ex-boyfriend, Jaden Hossler, had a messy breakup. The pair started dating in the first half of 2021 and broke up on May 2, 2022.

A month later, they wrote a shared statement via Instagram, “Last month, we broke up to take time to focus on our careers and mental health. Please don’t send hate or make assumptions. We would like to heal privately and hope you all can respect that. We love you all so much.”

Before their announcement, it was reported that they unfollowed each other on social media. Hossler followed Barrett back, but the latter did not.

Many people blamed Barrett, accusing her of doing a PR stunt. However, TikToker said it was nothing as such.

Around the same time, there were rumors about Hossler cheating on Barrett. But the allegations were not confirmed.

Later, Barrett blocked him, creating a lot of narratives about their split. Recently, Barrett went to Zach Sang Show and revealed her decision to unblock Hossler on Instagram.

She also talked about spending time with her ex-boyfriend Josh Richards.

Barrett was asked if she chose to unblock Hossler while speaking on Zach Sang Show. There she said, “life is too stupid to have anyone blocked.”

She added how she was healing, and there was no reason “to do that anymore.” Barrett went on to say that she did not know why she blocked him in the first place.

She said she tried to be mature and noted how she had talked to Hossler after unblocking him. Barrett agreed that she and her ex-boyfriend don’t need to be best friends but don’t have to be enemies.

She pointed out that there was not a single person in the world that she did not like. For her, life was too short to be mean to anyone.

She wants to appreciate everyone in her life because “they were there for a reason.”

Richards and Barrett made their romance public in January 2020. They briefly split in June of that year but eventually reconciled.

They later split up for goon in March 2021. In 2022, after Barrett broke up with Hossler, she was spotted with Richards, and the pair even went to Canada together.

This topic was brought up on the Zach Sang Show, and Barrett told her truth regarding the situation. She went to Canada right after she got out of the mental hospital after convincing them to let her out.

She did not want to go home as well because they wanted to send her somewhere else. As a result, she took a flight to Canada.

Richards joined her and was an excellent friend to her. He helped her when she needed help.

They stayed in Canada for a few days and then returned to the USA. After saying this, Barrett did not elaborate on the situation and did not explain their relationship status as well.