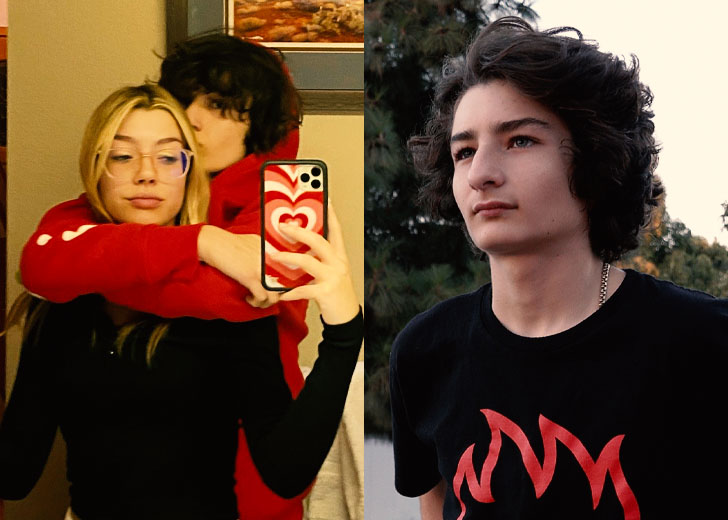 All about Sunny Suljic relationship with Sissy Sheridan.

It seems like the American actor and skateboarder Sunny Suljic has broken up with the famous TikToker influencer Sissy Sheridan.

The couple has reportedly unfollowed one another on Instagram. Additionally, there are no images or videos of them that have previously been posted on their respective Instagram accounts.

Furthermore, Sheridan has wiped the videos she had posted with Suljic on her TikTok account. However, the couple has not made an official announcement about their relationship.

The pair was first rumored to be romantically linked in 2021 after the TikToker shared a few pictures and TikToks with Suljic. At first, they kept their relationship a secret, but Sheridan used to tease her followers by dropping a few mysterious images, which have now been removed.

As per Hollywood Mask, on Halloween 2021, Sheridan matched her attire with Suljic, who at the time was unknown to the fans. She was a cupid, and he was wearing red wings. He was holding her waist, and his back turned to the camera.

At the time, the guy was speculated to be Chase Keith. However, fans’ investigation revealed that the unidentified man was Suljic.

After teasing fans for a while on the 2022 Valentine’s Day, the skateboarder confirmed their relationship to the public through his Instagram.

He uploaded a cute picture alongside a short message which read, “Happy Valentine’s Day,” on February 14, 2022. The couple was head over heels for each other as they used to show off their connection through their respective Instagram.

Suljic often used to fill up his social media with images of him with Sheridan. She also used to post pictures of him on her Instagram account.

Sissy Sheridan was in a relationship with Miles Despair

Sheridan was previously in a relationship with fellow TikToker Miles Despair. The pair were reported to be dating around mid-2020.

She confirmed their relationship in an Instagram post that was later removed, in which she wished Despair a happy birthday on June 29, 2020.

They dated for over a year before splitting up. On July 18, 2021, the influencer announced their breakup on Twitter. The grooming charges against Despair had already begun to surface by the time they split up.

As a result, Sheridan requested that her followers stop tagging her in anything regarding Despair and stop associating her with him. Still, soon after, she stepped forward and opened up about her ex-boyfriend.

On August 3, 2021, she exposed Despair’s true nature. In a lengthy tweet, she charged Despair of grooming minors. She added that she was bringing the matter to the public’s attention because she thought he was utilizing the OnlyFans platform as yet another means of exploitation.

The popular TikToker urged her followers not to make purchases from Despair’s OnlyFans and emphasized that she firmly believed he would never be able to overcome his abusive tendencies.

She expressed sympathy with all girls and women who have experienced such violence as she concluded her message.