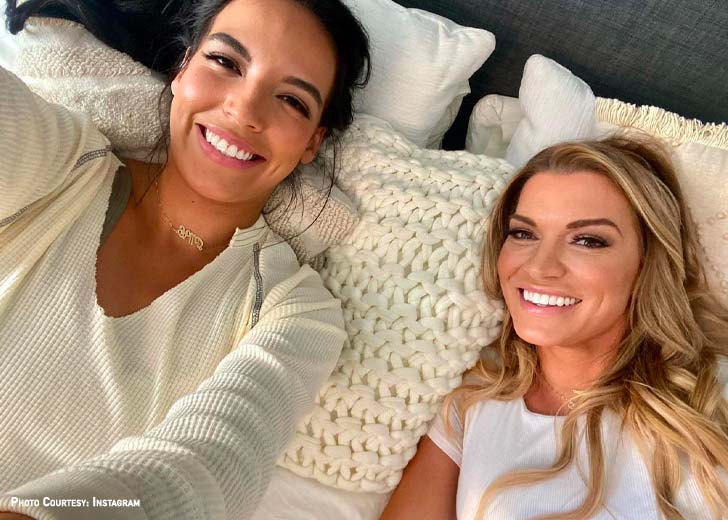 Are the ‘Summer House’ bestie fighting?!

Bravo has a lot of excellent shows, and one such is Summer House. Summer House is a reality television show that debuted on January 9, 2017.

It follows nine friends who share a summer home in Montauk. While the friends have the time of their life in Montauk, there is a lot of drama between them.

Currently, it is speculated that Danielle Olivera and Lindsay Hubbard have a feud going on. Hubbard has been a part of Summer House since its debut in 2017, but Olivera joined in Season 2 and took a break for Season 4 before returning as a regular in Season 5.

Despite joining the cast late, Hubbard and Olivera have been best friends. Olivera has always been a loyal sidekick to Hubbard to such an extent that some fans believe she enables Hubbard’s irrational behaviors on the show.

But now, many believe a feud is going on between Olivera and Hubbard. The drama speculation came after fans and followers of the show realized Olivera did not congratulate Hubbard on her engagement.

Is there a drama between Danielle Olivera and Lindsay Hubbard?

Since Season 6 of Summer House ended, fans have wondered if Olivera and Hubbard are fighting. This is mainly because Olivera did not seem like a huge fan of Hubbard’s boyfriend, Carl Radke.

However, Olivera was asked about Hubbard and Radke’s romance during a game of “Will You Accept This Rose or Rosé?” She was asked what percentage she would put on “the odds of Lindsay and Carl going the distance” in their relationship.

Olivera expressed her certainty about her two friends dating by answering “99.9 percent” without hesitation. In August 2022, Radke proposed to Hubbard, who said “yes.”

Soon after, the pair posted their engagement on social media and were showered with love and blessing from their friends, family, fans, and followers. Many of their friends took to their Instagram stories to congratulate the couple.

Similarly, many expected that Olivera would be happy for the duo and express her happiness publicly on her social media, especially Instagram. However, she did not do so.

Many people questioned Olivera about why she did not congratulate Hubbard on her engagement. Similarly, many asked if there was any drama or feud between the couple.

Deuxmoi asked if Danielle Olivera and Lindsay Hubbard have a drama between them. (Source: Deuxmoi’s Instagram Stories)

This matter made its way to Deuxmoi, the Instagram gossip/news page. They were asked if Olivera and Hubbard were fighting.

However, Deuxmoi hinted that they did not know the answer to it, despite being asked the question every week. Neither Olivera nor Hubbard have addressed the queries about the feud at the time of writing.

In an exclusive interview with Us Weekly in September 2022, Olivera said that she wished her best friend privately on her engagement. She admitted to deciding not to share her reaction on the internet publicly.

She told the tabloid that she was busy in the summer and was juggling a lot of things. She said, “Social media is a strange animal. I think that I was just exhausted from summer. I’m juggling so many things.”

She revealed that she was “obviously very, very happy for” her best friend and partner. Olivera admitted that she did not see the engagement coming but said, “who could not love love?”

She added, “Looking back, it is surprising in that sense. They just moved into a gorgeous apartment together, so I thought they might just do that for a little bit. But everyone is on a different timeframe, and it is what it is.”