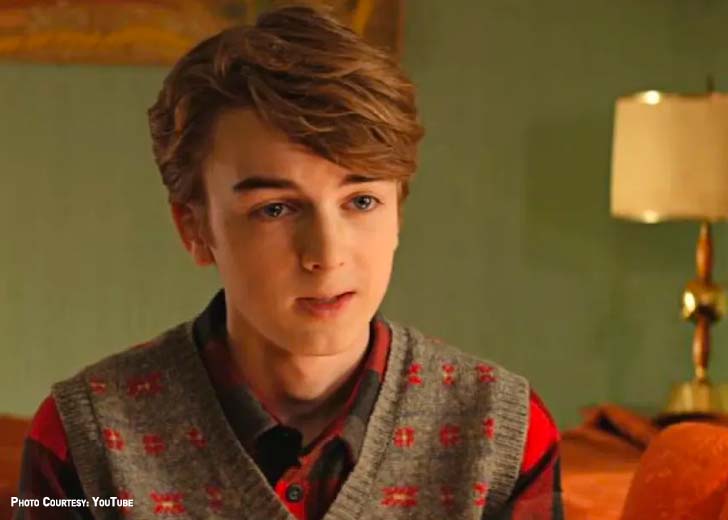 After being given a life sentence for the murder of his mother, Ryan Grantham’s attorney outlined how Grantham feels about his future.

Ryan Grantham is currently behind bars. Following his plea of murdering his mother, Barbara Waite, 64, in 2020, the former Riverdale actor was recently given a life sentence in jail in Canada with the chance of parole in 14 years.

The Diary of a Wimpy Kid actor shot his mother in the back of her head on March 31, 2020, as she practiced the piano. The incident occurred in the family’s house in Squamish, British Columbia.

He revealed to the police that his original plan was to assassinate Justin Trudeau, the prime minister of Canada. But he later altered his mind and chose to carry out a mass shooting, probably at Simon Fraser University, which he had previously attended.

Diary of a Wimpy Kid actor Ryan Grantham has been sentenced to life in prison for the shooting death of his mother. On March 31, 2020, he shot her in the back of the head while she played the piano. pic.twitter.com/6TlIY0Ja9A

Grantham’s lawyer, Chris Johnson of Vancouver legal firm Johnson Doyle Nelson & Anderson, claimed that instead of carrying out either plan, he turned himself into the police on April 1, 2020. He went to the Vancouver police and told an officer, “I killed my mother.”

As per the lawyer, the Supernatural actor also had reasoned that killing his mother was necessary so that she wouldn’t have to face the consequences of his planned crimes.

What is next for Ryan Grantham? His lawyer reveals their plan

Grantham was sentenced on Wednesday, September 21, 2022, after pleading guilty to second-degree murder earlier this year.

His lead attorney Johnson exclusively disclosed to E! News that although the case is “finished now that the penalty has been set,” there remains a request they want to make.

In a September 27 statement, Johnson said, “The lawyers plan to send a request to the director of prisons asking them to consider sending Ryan to a medium security facility instead of a max security facility.”

Talia Armstrong, a junior defense attorney on Grantham’s team, told E! News that Grantham is feeling relieved now that he has received his sentence, even though it is still uncertain which institution he will be assigned to.

Grantham also received a lifetime handgun ban in addition to his sentence on September 20. According to a statement from BC Prosecution Services acquired by E! News on September 22, both the life sentence and the limitation on possessing firearms are required in British Columbia for second-degree murder.

Armstrong also explained that he had accepted whatever penalty the court judged fit this whole time. She said that although he naturally appreciated being able to petition for parole after 14 years, he was willing to accept the maximum of 25 years before doing so.

Armstrong said, “He’s doing a lot of writing, he’s reading a lot and he just wants to move past this dark time in his life and into something more positive,” and also noted that after his sentence, Grantham “just wants to move on” from the crime he committed.