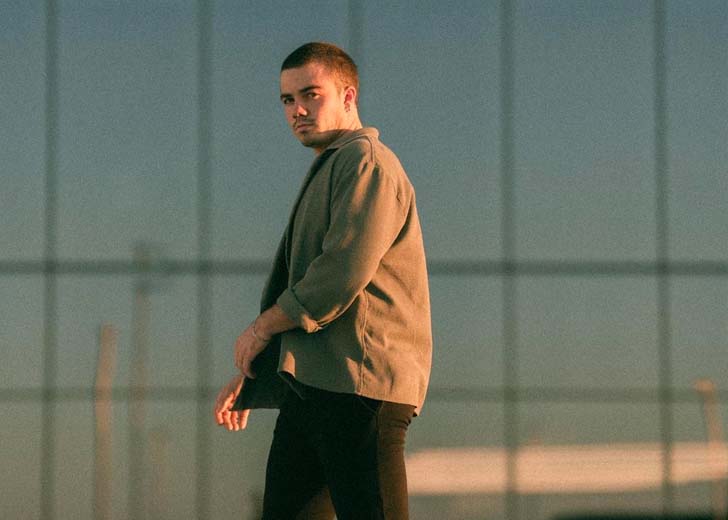 Jordyn Jones was seen in her ex’s house in March 2022.

Jordan Beau recently posted a video on his YouTube channel, revealing that he was cheated on by his ex-girlfriend Jordyn Jones. He posted the video on October 12, 2022, under the title ‘Cheated.’

The YouTuber stated in his video, “My last relationship ended, and I was cheated on. Yes, that’s true.” He further explained that he felt uncomfortable talking about it or mentioning it.

He did not mention his ex-girlfriend’s name directly but addressed her as a third person. He said, “I was with that person for three years of my life. I had a house and a puppy, and we had just moved to a new state.”

He shared how he never thought it would occur to him as he treated everybody with “as much respect” as he could give somebody. He shared more detailed information about what happened and why the two broke up.

Jordan Beau and Jordyn Jones broke up in July 2021

Jones — an actress, singer, and podcast presenter — announced her breakup with Beau on Instagram on July 23, 2021, after three years of relationship.

Beau and Jones started dating back in 2018. The YouTuber and the singer immediately made the IT couple of the internet, and fans loved them together.

Jones had a string of successful songs, including “Cover Up,” “Leave,” and “Love You Less.” She featured in an episode of AwesomenessTV in 2019 and had a recurring role in Season 1 of Overnights.

She routinely posts updates on Instagram about her trips. She also shares selfies and hilarious outtakes from her TikTok videos.

“Never thought I would be writing this post. Jordan beau… thank you for being the brightest light in my life for the past 3 years. you are one amazing guy & I’m so thankful for all the amazing, unforgettable memories we made. I know a day will never go by where you don’t cross my mind,” she wrote in her caption over the breakup post.

Jordyn shared the heartbreaking news with a black-and-white snapshot. The split was her decision, as she said in the caption. She went on to say that she wanted to prioritize herself and spend time alone.

According to a recent episode of Jordyn’s podcast, What They Don’t Tell You, the announcement came after they had quietly made the difficult choice.

“I’ve been single for about two months,” Jordyn said on August 5, 2021, episode of What They Don’t Tell You. “I’m definitely changing. I’m becoming more’ live life,’ more YOLO, carefree, and selfish. And I feel like that’s a good side about me changing.”

Jordyn relocated to West Hollywood, as she revealed in the same episode. She also mentioned that she stopped using birth control, which she claimed greatly influenced her mood.

Even though the couple has separated, they still talk to each other, as per Hollywood Mask. On March 2022, Jones was seen in her ex-boyfriend Beau’s house, after which fans assumed the couple was back together.

Jones later explained in her podcast that she was there to look after their pet dog Rarri. Rarri was their pet when they were together, but later, Beau kept their dog.

Jones seems to have moved on from her past relationship and has a new boyfriend. But on her March podcast, she shared that she was single.

However, Beau also seems to have kept himself away from dating and relationships.