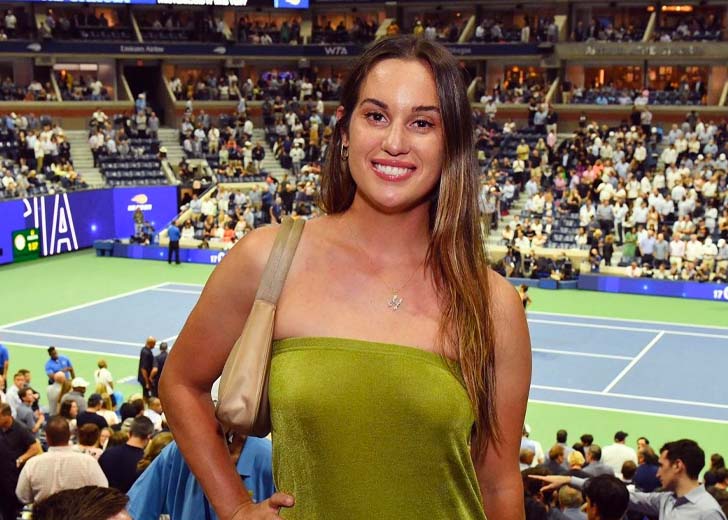 Hannah Berner wrote, “go badgers,” next to the throwback images, showing her support towards Wisconsin Badger.

On October 14, 2022, Hannah Berner posted a series of pictures of her time as a University of Wisconsin-Madison tennis player on her Instagram.

Berner, who was once a tennis player for Wisconsin Badgers, scribbled “go badgers,” next to the images, demonstrating her support towards Wisconsin Badgers – the athletic teams representing the University of Wisconsin–Madison.

Badgers have won 31 NCAA national championships and earned 21 national team titles that were not bestowed by the NCAA so far.

The former Badgers tennis player was forced to leave tennis after she got into an accident. Now, she showers love and support towards the team by sharing throwback images of her days as a Wisconsin Badgers’ tennis player.

Some of the pictures were with her fellow players at the time, as well as a lovely photo with the University mascot named Buckingham U. Badger.

At present, the ex-Badgers player has emerged on the comedy scene by directing, editing, and acting in videos on Instagram and hosting her podcasts, Berning in Hell and Giggly Squad.

A closer look at Hannah Berner

The Brooklyn native is on the road to pursuing her career in standup comedy, with a resume that is more diverse than most, including stints as a professional tennis player, a saleswoman, and a part of Bravo TV’s Summer House series.

Berner explained that she never wanted to be a standup comedian during her childhood days. She said, “I fell into it through trial and error with other careers, but nothing has felt more fun for me than comedy,” to Education and Career News.

The standup comedian also noted that she has always been attracted to funny people and loved writing, performing and making people laugh. While in the middle class, she was involved in drama class which gave her the confidence to speak publicly and pursue a career in performance arts.

Berner imagined she would make tennis her life after playing tennis both professionally and as a collegiate athlete at the University of Wisconsin-Madison. But after suffering injuries in a vehicle accident, she reconsidered her goals.

She started creating her own funny videos for Instagram after graduating from college. This resulted in her joining the cast of the 2019 Bravo TV series Summer House.

As a result, Berner got a chance to lead a co-hosting position on the Bravo Chat Room. Before deciding to quit and seek other career prospects, she appeared on the show for three seasons.

It’s reasonable to assume the former tennis player is well on her way to ruling the comedy industry given these opportunities, which include two wildly successful podcasts with more than 20 million downloads, Berning in Hell and Giggly Squad.

She said, “There are no rules except to become successful you have to write as many jokes as you can and try them out on stage,” to the Education and Career News outlet.

Is Jamie Clayton Transgender? Was She Dating Keanu Reeves?